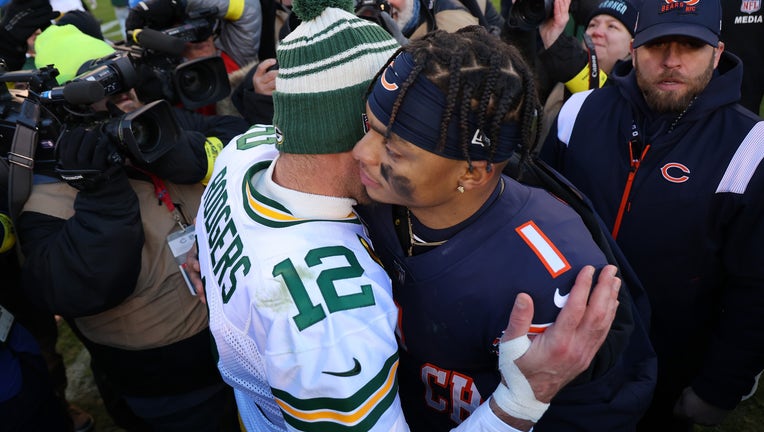 CHICAGO, ILLINOIS - DECEMBER 04: Aaron Rodgers #12 of the Green Bay Packers and Justin Fields #1 of the Chicago Bears meet on the field after their game at Soldier Field on December 04, 2022 in Chicago, Illinois. (Photo by Michael Reaves/Getty Images

Green Bay trailed 19-10 after three quarters but made enough plays down the stretch to come away with its eighth straight win over the Bears.

Rodgers improved to 25-5 against the Bears, including playoffs.

Fields ran for a 56-yard touchdown in the second quarter and finished with 71 yards on six attempts. He was 20 of 25 passing for 254 yards but threw two interceptions.