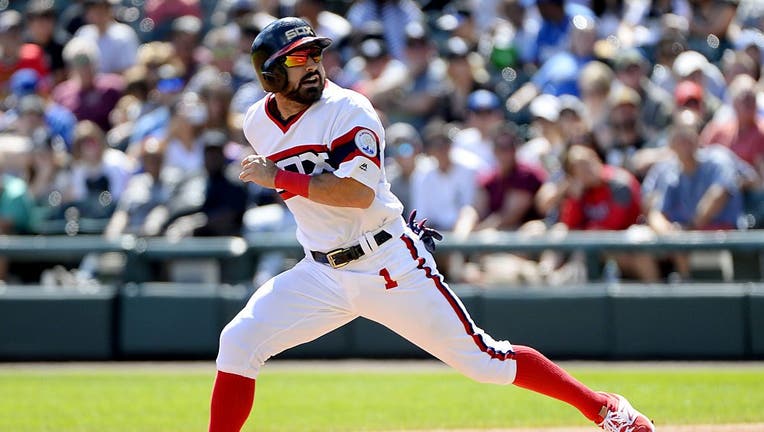 The Angels announced the move Wednesday. They also designated left-hander Dillon Peters for assignment to clear a spot on the 40-man roster.

The White Sox designated Eaton for assignment July 7 after he batted .201 with five homers and 28 RBIs in 58 games during his return season with Chicago. After a strong start to the year, his production slumped badly from mid-April onward.

The 10-year major league veteran also struggled at the plate with the Washington Nationals in 2020, a year after playing well and winning a World Series ring with new Angels teammate Anthony Rendon. Eaton is a career .278 hitter with 65 homers and 317 RBIs across a decade with Arizona, Washington and two stints with the White Sox.

Eaton will provide immediate depth in the Angels’ injury-plagued outfield. Left fielder Justin Upton has been out since June 22 with a lower back injury, and three-time AL MVP center fielder Mike Trout has been out for two months with a left calf injury. Both should return relatively soon, but their injuries have been slow to heal, preventing them from even starting a rehab assignment before the All-Star break.

The Angels have been using infielders Luis Rengifo, Jose Rojas and Phil Gosselin as fill-in outfielders while Upton and Trout have been out. Juan Lagares, who is usually filling in for Trout in center field, and Taylor Ward were the only true healthy outfielders on the Halos’ roster for most of the past three weeks.

The Angels are still playing well offensively despite their significant injury problems and Rendon’s season-long slump. They rank eighth in the majors in runs (435) and fifth in team OPS (.759) behind All-Star sluggers Shohei Ohtani and Jared Walsh.