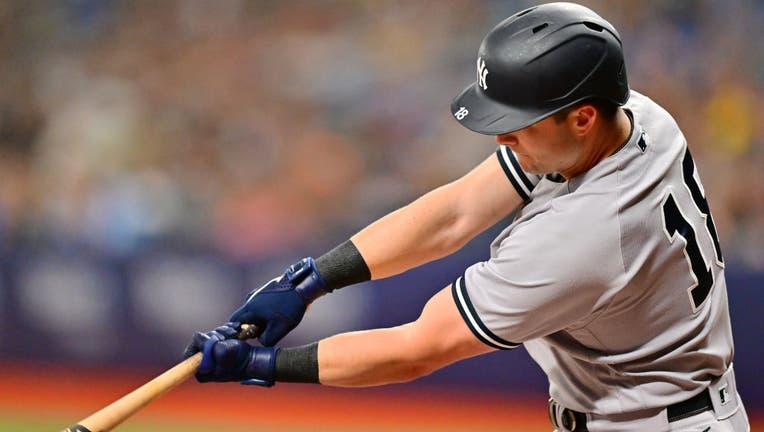 The person spoke to The Associated Press on condition of anonymity because the deal was pending a physical. ESPN first reported the agreement.

The 28-year-old Benintendi helped Boston win a World Series championship in 2018. He won a Gold Glove with Kansas City in 2021 and was chosen to his first All-Star team last season before the Royals traded him to the New York Yankees on July 27. He hit a career-high .304 in 126 games, though his home run total dropped to five from 17 in 2021.

Benintendi batted .254 in 33 games with the Yankees and missed the playoffs because of a broken right wrist.

"Beni’s a guy that came in here and fit in really well, obviously got hurt and had his season shortened, especially when he was really starting to play well for us," Yankees manager Aaron Boone said. "So whatever the ending, if that is actually true, he’s a great player and was a really good teammate."

Benintendi has a .279 batting average and 73 homers over seven seasons with Boston, Kansas City and New York.

He reunites with new White Sox manager Pedro Grifol, who took over for Hall of Famer Tony La Russa after spending the past 10 years in a variety of coaching roles with Kansas City.

Chicago is looking to bounce back from a disappointing 2022 season, when the team went 81-81 and finished 11 games back of surprising AL Central champion Cleveland. The White Sox were coming off back-to-back playoff appearances and ran away with the division in 2021.