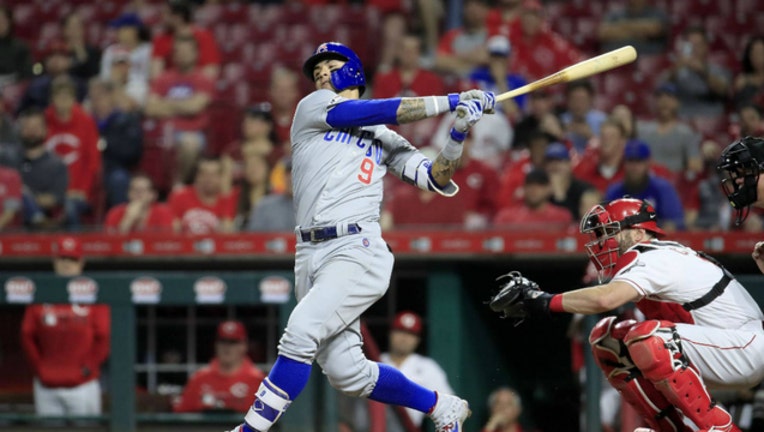 The two-time All-Star said Sunday at spring training that he and the Cubs were lacking last year when it came to their pregame routines and work ethic.

“We had a lot of optional things, not mandatory, and everyone kind of sat back on that - including me. I wasn’t really going out there and preparing for the game. I was getting ready during the game, which is not good,” Báez said. “But this year, I think before the games, everybody should be out there as a team, stretch as a team, be together as a team so we can play together.”

Cubs President of Baseball Operations Theo Epstein said last week he could think of only two times in 18 years of running major league clubs that he felt “basic organizational standards for work, preparation and behavior” were not being met.

He didn’t point specifically at the 2019 Cubs, but after manager Joe Maddon’s departure, many are reading between the lines.

New skipper David Ross said at the end of the day, from a manager's standpoint, coaches try to get players prepared and put them in the best possible situation to succeed, but baseball has “always been about the players.”

“So for (Báez) to say that, and saying the group feels they can turn it up a notch, I mean, that’s a powerful message they are sending,” Ross said. “This is never about the manager. It never should be about the manager. When you're in that locker room, the players are the ones affecting the outcome.”

The Cubs finished third in the NL Central at 84-78 last season and missed the playoffs for the first time since 2014.

Báez said the team hasn’t been “where we want to be” and perhaps not being properly prepared is a big reason why.

“We’ve been up and down, but we’ve been more down than up. We have to keep the level in between. We have to fight, compete,” said Báez, who batted .281 with 29 home runs and 85 RBIs a season ago. “To me, it’s think as a team. That’s something we haven’t been doing these last two years.”

The 27-year-old shortstop agreed to a $10 million, one-year contract in January, avoiding arbitration.

“I want to be here my whole career. If not, I have to be focused on baseball,” Báez said about a potential long-term deal. “I have to help my team get better every day and be in the playoffs again.”