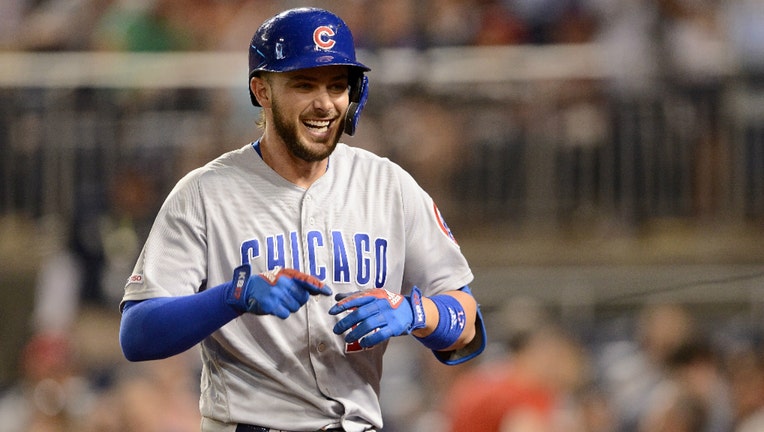 Bryant made his major league debut on April 17, 2015, and the Cubs' timing left him able to accrue 171 days of major league service that season, one day shy of a full year of service. That pushed back his free-agent eligibility by one year, until after the 2021 season.

"The club has the right to decide who is going to be on its roster," Manfred said Thursday after an owners meeting. “That's a fundamental management right because it's got to do with the core of our product, and that is the competition."

Bryant maintained the team held him in the minor leagues at the start of the season to delay his free-agent eligibility and said that violated baseball's labor contract.

Irvings ruled ruled the players' association did not prove Chicago's reasons were a pretext to push back his eligibility for free agency, a person who read the decision told The Associated Press earlier this week. The person spoke on condition of anonymity because the release of the text had not been authorized.

Players' association head Tony Clark said the union will address the matter in bargaining for the next labor contract. The current deal is set to expire in December 2021 but the sides committed last year to early talks.

“To the extent that there are practices that the union believes we should not engage in, they have negotiated specific protections to deal with those practices,” Manfred said. "The fact of the matter is there is no such protection in this agreement, and I believe the clubs do and should have the right to make roster decisions that puts the most competitive team on the field long term.”

He maintained “fans understand that's what it's about."

The union said Manfred's remarks reflected the league's litigation positions and that Irving decided the case while declining to rule on those arguments.