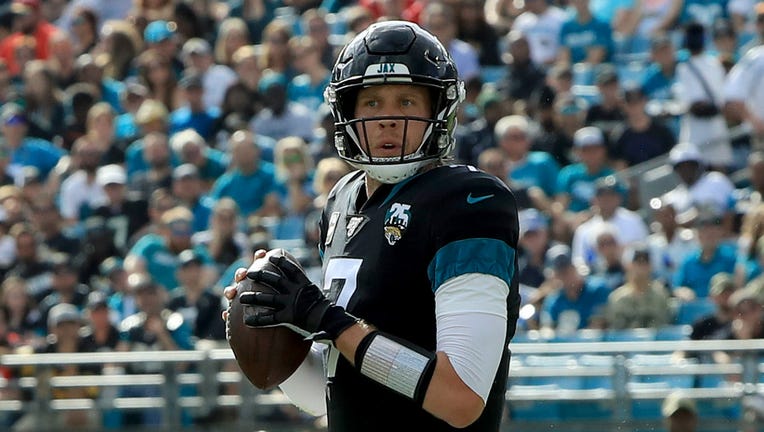 Nick Foles #7 of the Jacksonville Jaguars attempts a pass during the game against the Tampa Bay Buccaneers at TIAA Bank Field on December 01, 2019 in Jacksonville, Florida. (Photo by Sam Greenwood/Getty Images)

The Bears are banking on Foles — the backup quarterback who helped Philadelphia win a Super Bowl — to bounce back from an injury-riddled season with Jacksonville and at least give them another option if Mitchell Trubisky struggles again or gets hurt next year. Chicago sent a 2020 compensatory fourth-round draft pick to Jacksonville in the trade agreed to two weeks ago.

The Jaguars parted with the 31-year-old Foles just over a year after signing him to a four-year, $88 million contract that included $50.125 million guaranteed. He broke his left collarbone early in the season opener, missed the next eight games and got benched in his third game back.

The Bears also re-signed safety DeAndre Houston-Carson to a one-year contract on Tuesday.

Houston-Carson has played primarily on special teams since the Bears drafted him out of William & Mary in the sixth round in 2016. He appeared in all 16 games last season for the first time.