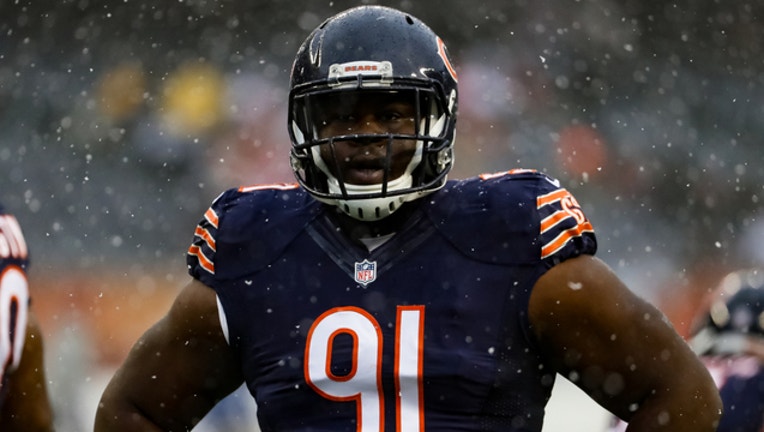 LAKE FOREST, Ill. (AP) - Nose tackle Eddie Goldman and the Chicago Bears have agreed to a four-year contract extension through the 2022 season.

A second-round draft pick out of Florida State in 2015, Goldman has started 32 of the 36 games played and has 8 1/2 sacks and 15 quarterback hurries.

The Bears announced the move Friday.

General manager Ryan Pace calls it a "key extension for the future of the Bears." He says Goldman is an "anchor" for the defense and "has put the work in every day to earn this opportunity."

Chicago is expecting more after four straight last-place finishes in the NFC North thanks to some major moves in the offseason. The Bears signed former Jacksonville Pro Bowl receiver Allen Robinson and boosted their defense last weekend by acquiring two-time All-Pro Khalil Mack from Oakland.