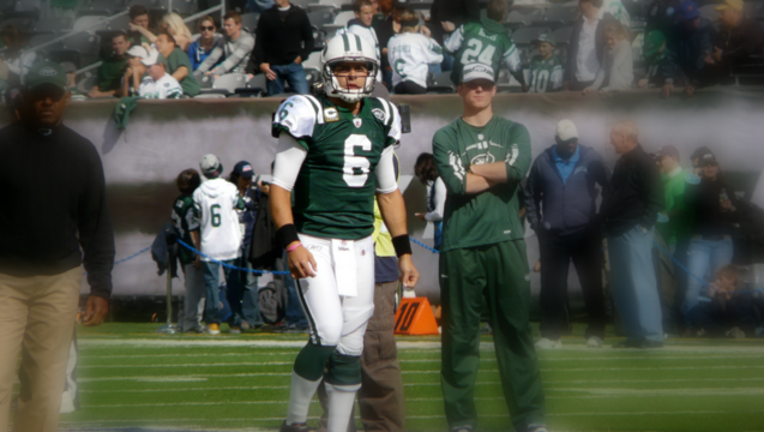 LAKE FOREST, Ill. (AP) - The Chicago Bears continued their quarterback makeover Friday by signing veteran Mark Sanchez, who is expected to back up Mike Glennon next season.

Chicago is coming off a season in which it went 3-13 and finished last in the NFC North. The Bears cut quarterback Jay Cutler this month after eight seasons and the next day signed Glennon of the Tampa Bay Buccaneers to a three-year deal.

Sanchez, signed to a one-year contract, gives them an experienced backup. With three quarterbacks, including developmental prospect Connor Shaw, the Bears now have some flexibility to address other positions in the draft next month.

Chicago owns the No. 3 pick and needs to find a long term solution behind center. General manager Ryan Pace did not pick a quarterback in his first two drafts even though he talked about taking one every year when he was hired.

Sanchez was released by Denver last year after losing a preseason competition for the starting job to Trevor Siemian. He backed up NFL Offensive Rookie of the Year Dak Prescott in Dallas, playing in two games for the Cowboys and throwing for 93 yards on 10 of 18 attempts. He spent five of his eight seasons in the NFL with the New York Jets before going to the Philadelphia Eagles.

The former Southern California star has appeared in six playoff games. He was selected fifth overall in the 2009 draft.