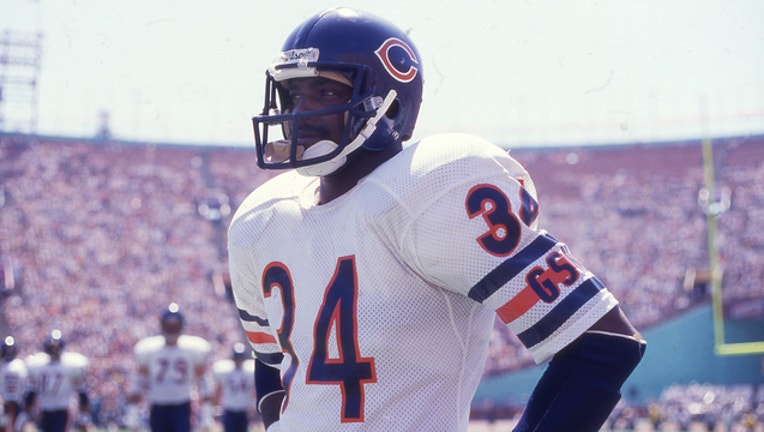 Walter Payton of the Chicago Bears circa 1987 against the Los Angeles Raiders at the Coliseum in Los Angeles, California. (Photo by Owen C. Shaw/Getty Images)

CHICAGO (AP) - The Bears will unveil statues of Hall of Famers Walter Payton and George S. Halas outside of Soldier Field on Sept. 3.

The 12-foot, 3,000-pound bronze statues honoring the great running back and the franchise founder and coach will be made public two days before Chicago hosts Green Bay to kick off the NFL's 100th season.

"I know Walter would be humbled to have this honor bestowed upon him, just as Jarrett, Brittney and our entire family are," said Connie Payton, Walter's widow. "To say that I am enthusiastic about unveiling this statue to the city of Chicago is an understatement. What a proud moment for all of us and the city of Chicago. We're not just Chicago Bears fans, we're family."

Payton entered the Hall of Fame in 1993. He held 16 NFL records when he retired.