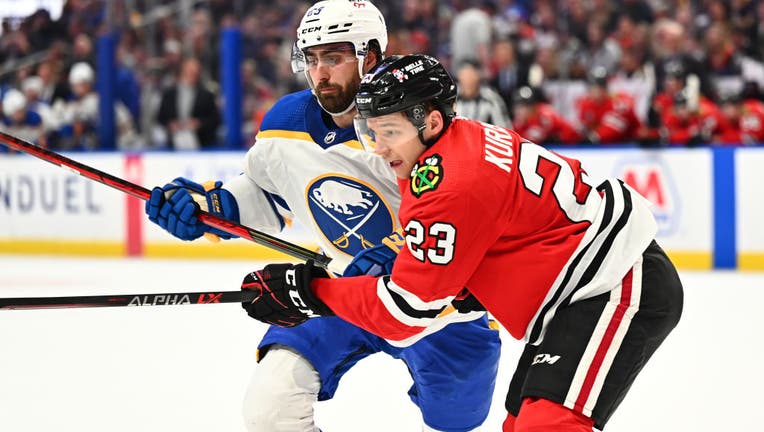 BUFFALO, NY - APRIL 29: Alex Tuch #89 of the Buffalo Sabres battles against Philipp Kurashev #23 of the Chicago Blackhawks on a faceoff during an NHL game on April 29, 2022 at KeyBank Center in Buffalo, New York. Buffalo won, 3-2 in overtime. (Photo

The team announced the moves on Friday. Training camp begins on Sept. 21.

The 25-year-old Jones set career highs with five goals and 10 assists in 51 games in his first season with Chicago. He was acquired in the July 2021 trade that sent Duncan Keith to Edmonton.

Kurashev, 22, had six goals and 15 assists in 67 games last season. He was selected by the Blackhawks in the fourth round of the 2018 draft.

Kurashev made his NHL debut on Jan. 15, 2021. He had eight goals and eight assists in 54 games in his first season with Chicago.