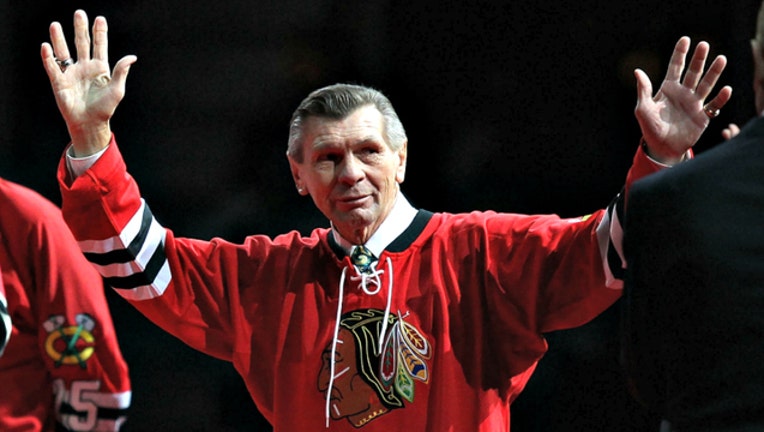 CHICAGO (AP) - The Chicago Blackhawks have announced plans for a public visitation for Hall of Fame forward Stan Mikita on Sunday.

Mikita, who helped lead the Blackhawks to the 1961 Stanley Cup title while becoming one of the franchise's most revered figures, died Tuesday. He was 78.

The visitation will be held from 11 a.m. to 4 p.m. in the United Center Atrium. Instead of sending flowers, Mikita's family wants fans to donate to the Illinois Chapter of the Alzheimer's Association, Wounded Warrior Project, American Hearing Impaired Hockey Association and Hinsdale Hospital Foundation for AMITA Health Adventist St. Thomas Hospice.