CHICAGO - Patrick Kane and Seth Jones will represent the Chicago Blackhawks on Team USA at the 2022 Winter Olympics.

USA Hockey announced on Thursday that Kane and Jones will join Auston Matthews of the Toronto Maple Leafs as the first three players of the U.S. Olympic men's ice hockey team.

Blackhawks General Manager Stan Bowman, who was named GM of the U.S. men's team in March, said he considers it the deepest pool of American-born talent ever assembled.

"It’s no secret we’re excited about the prospects of our team for the 2022 Games," Bowman said in a statement. "Patrick, Auston and Seth reflect the high level of talent that will make up our final roster as we strive to bring gold back home to the U.S." 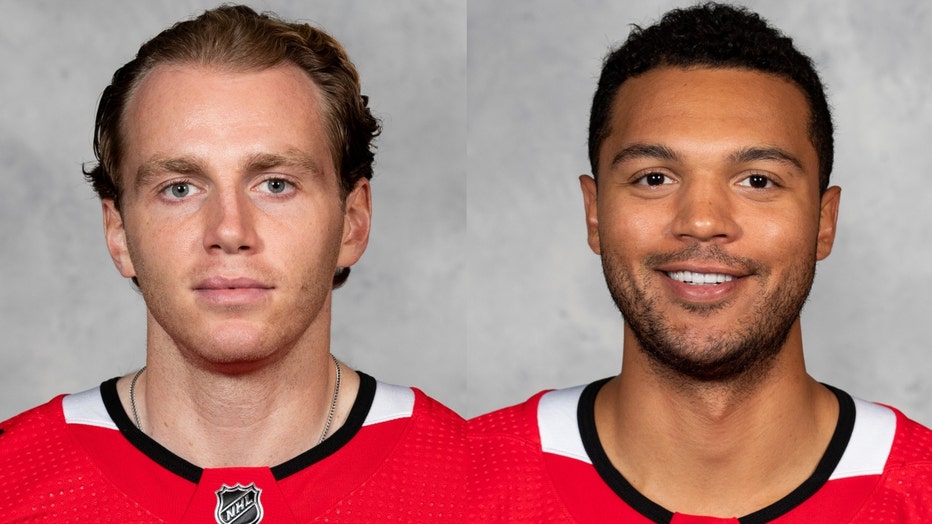 Patrick Kane and Seth Jones of the Chicago Blackhawks pose for their official headshots for the 2021-2022 season on September 22, 2021 at the United Center in Chicago, Illinois. (Chase Agnello-Dean/NHLI via Getty Images)

The remaining selections for the 25-player team are expected to be unveiled in January.

Team USA is scheduled to open Olympic tournament play against China on Feb. 10.