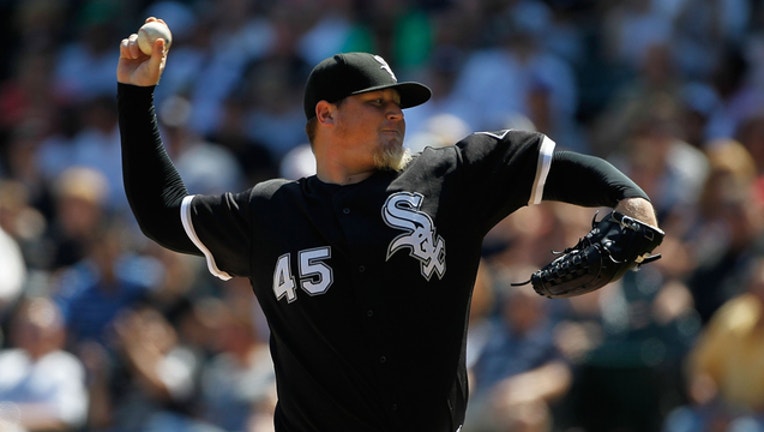 BOSTON (AP) - A former major league pitcher has agreed to accept a $5.1 million settlement from Massachusetts General Hospital and a doctor he says caused his career-ending spine injury.

The Boston Globe reports that Bobby Jenks reached an out-of-court settlement Wednesday with the Boston hospital and the doctor the day before his medical malpractice suit was scheduled to start.

Jenks says his surgery was botched while the doctor was overseeing another operation at the same time. He never pitched again.

The hospital said in a statement that Jenks received "high-quality and appropriate care" and that "overlapping surgery played no role in this case."

Lawyers for the doctor did not respond to the newspaper's requests for comment.

Jenks played seven years in the majors for the Chicago White Sox and Boston Red Sox.