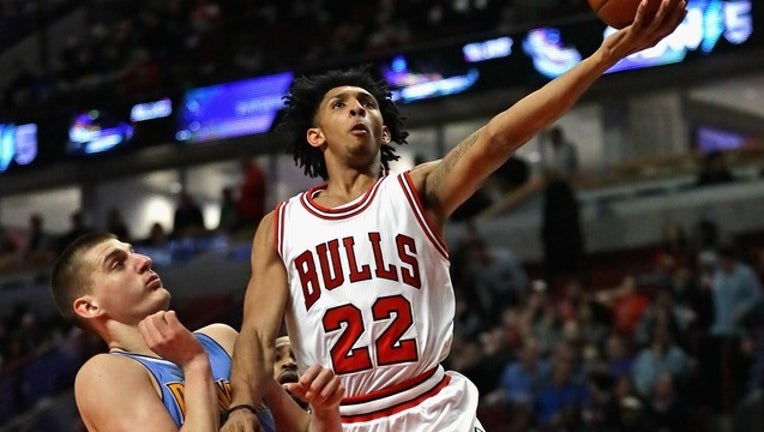 Cameron Payne of the Chicago Bulls puts up a shot over Nikola Jokic of the Denver Nuggets at the United Center on February 28, 2017 in Chicago, Illinois. (Jonathan Daniel/Getty Images)

CHICAGO (AP) -- The Chicago Bulls say guard Cameron Payne had surgery on his broken right foot and is expected to be out three to four months.

Payne had surgery to repair the fifth metatarsal on Wednesday. The team says he will remain in a splint the next seven to 10 days and then spend six to eight weeks in a boot.

Payne was injured in a workout on July 18. Six weeks of rest in a boot was prescribed, but the team said recently a subsequent scan showed the bone did not heal "satisfactorily."

Payne also broke his right foot during the 2015-16 season with Oklahoma City.

Payne was acquired in the February trade that sent Taj Gibson and Doug McDermott to the Thunder. He struggled for Chicago, averaging 4.9 points in 11 games.