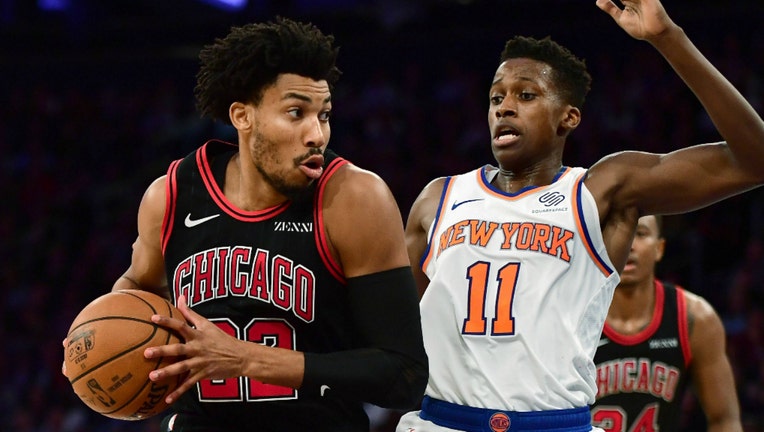 Otto Porter Jr. #22 of the Chicago Bulls drives against Frank Ntilikina #11 of the New York Knicks in the second half at Madison Square Garden on October 28, 2019 in New York City. NOTE TO USER: User expressly acknowledges and agrees that, by downloa

CHICAGO - Chicago Bulls forward Otto Porter Jr. will miss at least another month because of a broken left foot that was initially diagnosed as a bruise.

The Bulls said the injury was confirmed by Dr. Bob Anderson, a foot and ankle specialist who examined him Monday. The team said the small fracture became clear after repeated imaging over the past five weeks, and Porter will be re-evaluated in four weeks.

Averaging 11.2 points in nine games, he has been sidelined since he was hurt against Atlanta on Nov. 6.