CHICAGO - Linebacker Matt Adams, who followed head coach Matt Eberflus from the Colts to the Bears this offseason, was arrested Thursday night and charged with misdemeanor illegal gun possession and possessing a high-capacity magazine and metal-piercing bullets, according to police.

Possessing a high-capacity magazine and metal-piercing bullets within the Chicago city limits is a municipal code violation. Police found them while searching a vehicle that had been reported stolen after they arrested Adams on Garland Court, which is near Lake Street and Michigan Avenue. He has a court date scheduled for Aug. 24.

Police questioned Adams after he was spotted near the vehicle, according to a police report. Adams said it was his car, and police found the gun inside. Adams has a license for the gun — but not in Illinois. 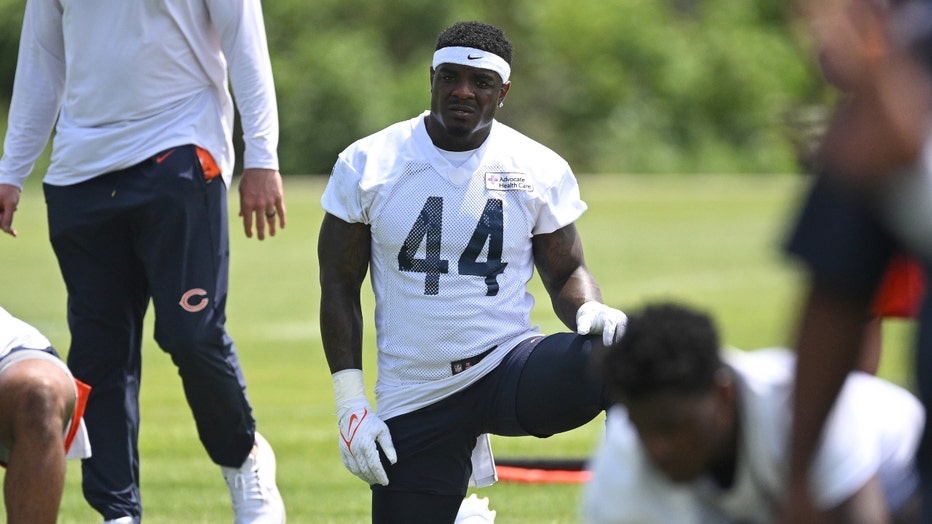 In a statement, the Bears said they were made aware of his arrest Friday morning and were in the process of gathering more information. They otherwise declined comment.

The Bears signed Adams to a one-year contract in April after he spent his first four seasons with the Colts, a time period that coincides with Eberflus’ time as defensive coordinator. He made his mark as a special teams player in Indianapolis, and the Bears envisioned him doing the same in Chicago.

He’s the second Bears player to be arrested this offseason. Both have ties to the team’s new bosses. Receiver Byron Pringle was arrested for reckless driving and driving with a suspended license in April. He had previously worked with new general manager Ryan Poles in Kansas City.