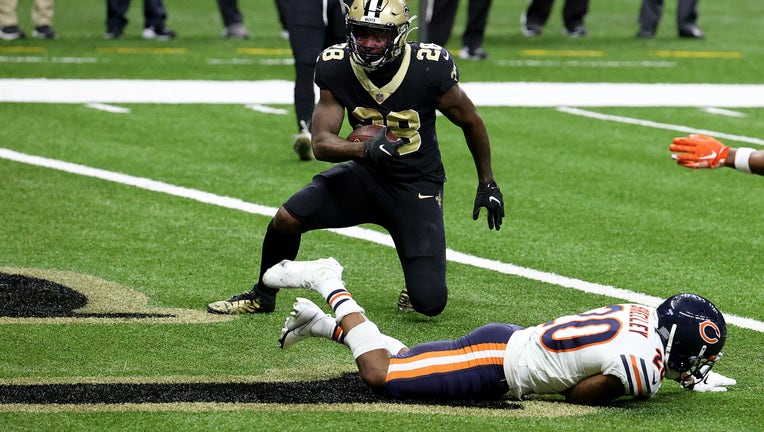 Latavius Murray #28 of the New Orleans Saints scores a six yard touchdown against the Chicago Bears during the third quarter in the NFC Wild Card Playoff game at Mercedes Benz Superdome on January 10, 2021 in New Orleans. (Photo by Chris Graythen/Get

NEW ORLEANS - Drew Brees gets to celebrate his 42nd birthday by preparing for a playoff game that will also feature the one active NFL quarterback older than him.

Brees passed for 265 yards, connecting with Michael Thomas and Latavius Murray for touchdowns, and the New Orleans Saints defeated the Chicago Bears 21-9 in an NFC wild-card playoff game on Sunday.

Alvin Kamara rushed for 99 yards and added a 3-yard touchdown run in the fourth quarter after not practicing all week because of COVID-19 protocols.

The victory for the Saints sets up a divisional-round meeting with Tampa Bay and 43-year-old QB Tom Brady.

FOX 32 speaks with members of a local tailgating club.