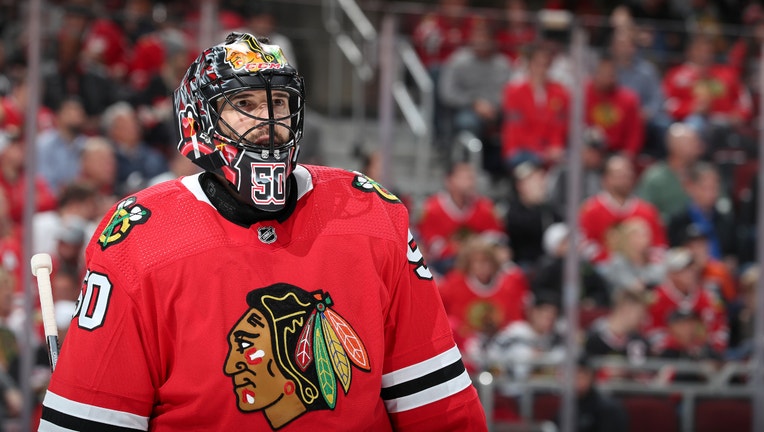 Goalie Corey Crawford looks on in the third period against the Edmonton Oilers at the United Center on October 14, 2019 in Chicago. (Photo by Chase Agnello-Dean/NHLI via Getty Images)

CHICAGO - Chicago Blackhawks goaltender Corey Crawford practiced on Saturday after he missed the start of training camp because he tested positive for COVID-19.

The 35-year-old Crawford said he was in quarantine at his place in Chicago.

The return of Crawford is a big development for Chicago as it prepares for its qualifying series against Edmonton and its high-scoring duo of Connor McDavid and Leon Draisaitl.

But he has little time to get up to speed before Game 1 of their best-of-five series on Aug. 1.

“I’d say it was a lot tougher at the start," he said. "The first few days I started feeling symptoms, that was the hardest. The last couple of weeks was maybe a little bit easier."