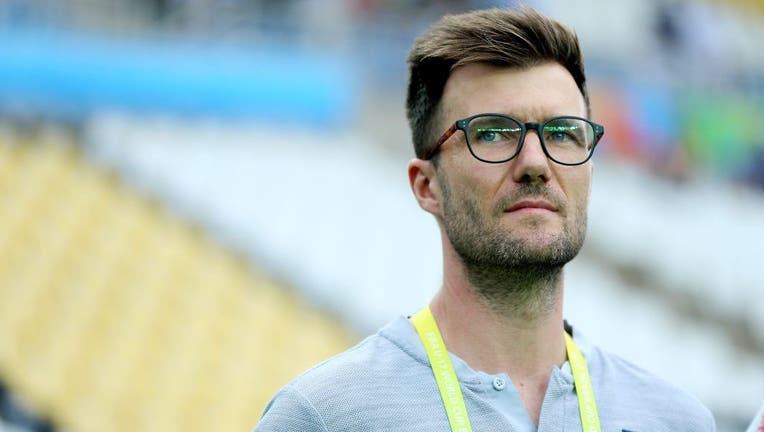 CHICAGO - The Chicago Fire hired former U.S. youth coach Raphael Wicky as their coach Friday, the latest move in a makeover by the struggling MLS team.

Wicky is also a former coach of the Swiss club Basel. He is leaving his job as coach of the U.S. under-17 team to join the Fire.

He succeeds Veljko Paunovic, who was fired by Chicago after an eighth-place finish in the Eastern Conference. The Fire missed the playoffs for the second straight season. Paunovic had a record of 41-58-37 record over four years.

“Chicago is a world-class sports city and this club has a bright future, both on and off the field,” Wicky said. “I can’t wait to get started.”

Wicky led Basel to the Champions League round of 16 in 2017-18, then was fired just before the start of last season.

Wicky was hired in March to coach the U.S. under-17 team, which failed to advance past the group stage at the Under-17 World Cup for the second time in three tournaments. The Americans finished with a draw, two losses and a minus-seven goal difference, their worst at the FIFA under-17 event.

Besides the coaching change, the Fire have a new owner after Joe Mansueto purchased controlling interest from Andrew Hauptman. The team announced a move back to the city from the suburbs and will again play at Soldier Field, its home from from 1997 to 2006.

General manager Nelson Rodriguez moved to the business side, and Georg Heitz was hired as the club’s sporting director last week. He and Wicky worked together at FC Basel from 2013-2017.