The AL Central leaders begin a four-game series against Oakland on Monday night.

"It’s all about being able to have fresh arms and not getting into a situation where you’re pitching guys who should not pitch," manager Tony La Russa said.

The move for Engel was made retroactive to Friday. Engel also began the season on the IL with a hamstring injury.

The 29-year-old Engel is batting .248 with seven homers and 18 RBIs in 33 games. He also has been dealing with a groin issue. 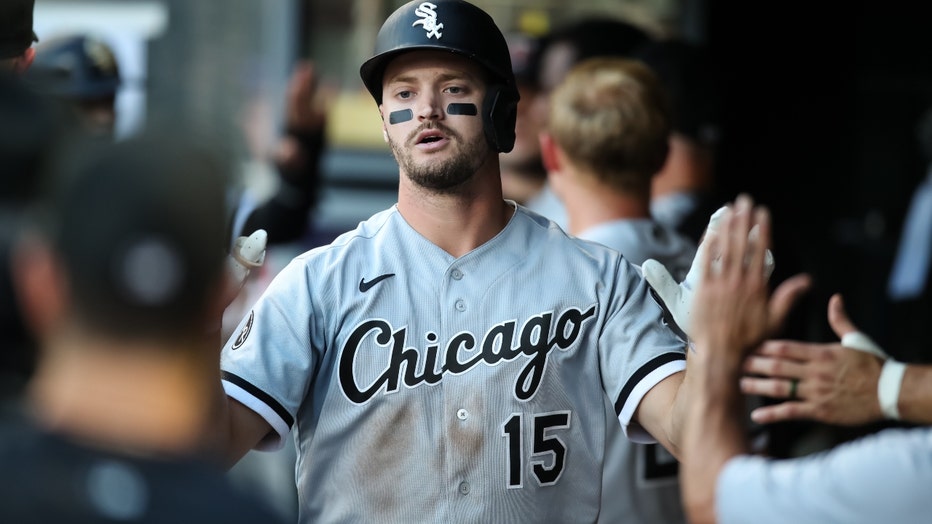 Adam Engel of the Chicago White Sox celebrates with teammates after hitting a two-run home run against the Minnesota Twins in the third inning of the game at Target Field on August 10, 2021 in Minneapolis, Minnesota. (David Berding/Getty Images / Getty Images)

"The expectation is that 10 days from now, he’ll be active and ready to play," La Russa said.

Wright, 31, is looking for his first big league appearance since 2019. He signed a minor league deal with the White Sox on Dec. 24.

"There will be no hesitation to use him where we need innings," La Russa said.

Foster pitched the ninth inning in Sunday’s 5-3 loss to the New York Yankees, surrendering Luke Voit’s two-run homer. After making an impressive major league debut in 2020, Foster is 2-1 with a 5.67 ERA in 31 games with the White Sox this season.