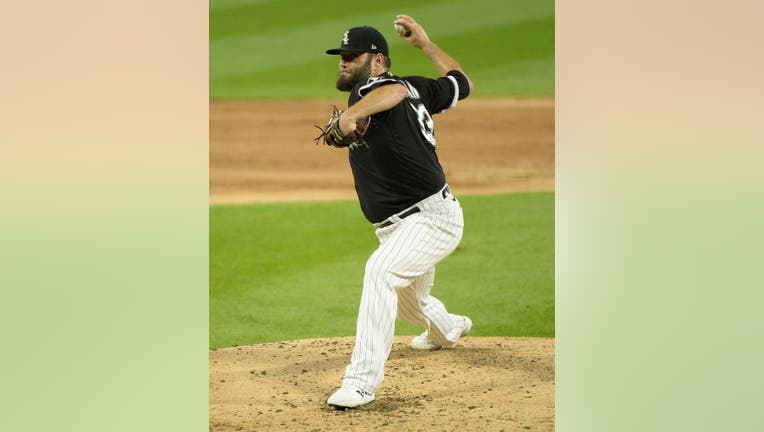 CHICAGO - Chicago White Sox right-hander Lance Lynn thinks he is ahead of schedule in his recovery from right knee surgery.

Lynn was pulled from his final start of spring training with right knee discomfort — one of a series of injuries for the reigning AL Central champions already this season.

Lynn went 11-6 with a 2.69 ERA in 28 starts last season in his first year in Chicago. He had surgery this month and is expected to be sidelined for four to six weeks.

"I’m ahead of schedule. But we’ll see how that goes because there’s still a lot of work left to do," Lynn said before Wednesday’s game against Seattle. "We’ve got some time till I get on the mound. Everything’s good right now. We just need to make sure we stay on that pace."

Lynn, who turns 35 on May 12, said the big test will be when he gets back on the mound.

"When it comes to mound time, that’s going to tell us everything we need to know," he said. "Anything you do, stress-wise, on flat ground is not near as much as it is on the mound. So we’ll see, when it comes to that time, how we feel. And then after that, it’s building that pitch count, and that takes a minute."

Still, Lynn wasn’t the only one feeling good about his rehab process.