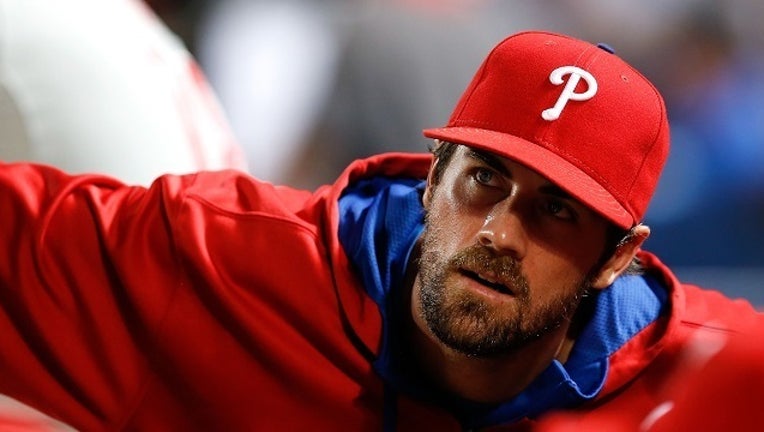 Pitcher Cole Hamels #35 of the Philadelphia Phillies looks at the scoreboard during the eighth inning of the game against the Atlanta Braves at Turner Field on July 3, 2015 in Atlanta, Georgia. (Photo by Mike Zarrilli/Getty Images)

Cole and Heidi gifted their 32,000 square foot home, just outside Branson Missouri, to Camp Barnabas, a non-profit that works with individuals with special needs and chronic illnesses, the Hamels Foundation announced last week.

The home sits on more than 50 acres on Table Rock Lake in the Ozarks.

The home had previously been on the market for $9.75 million and was completed in 2016, according to Realtor.com.

“Seeing the faces, hearing the laughter, reading the stories of the kids they serve; there is truly nothing like it,” Cole said in a statement. “Barnabas makes dreams come true, and we felt called to help them in a big way.”

The Hamels foundation says over the past 24 years, Barnabas has provided life-changing experiences to more than 75,000 campers and missionaries.