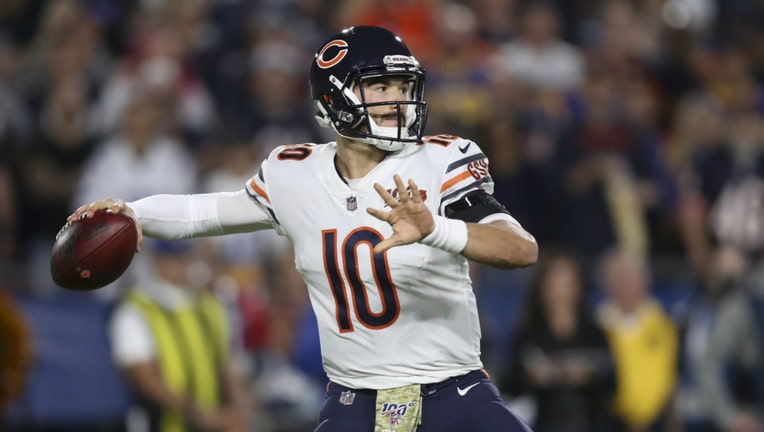 LAKE FOREST, Ill. - It's difficult to determine which 6-6 team has flopped more this season, the Cowboys or Bears.

Maybe Thursday night's matchup at Soldier Field will give us a clue.

Dallas, at least, is in position to make the playoffs, albeit as the winner of the weak NFC East. With Philadelphia ravaged by injuries and also underachieving, the Cowboys have a one-game lead.

Chicago, however, is stuck behind NFC North leader Green Bay (9-3) and Minnesota (8-4), and needs a massive turnaround on offense to have any shot at the postseason.

The Cowboys have lost three of their past four games.

“Talk is cheap right? We’ve talked a lot,” quarterback Dak Prescott says. “We’ve talked a bunch and got ourselves right to where we are. In a moment like this I say hell with the talking and I’m going to do more. I’m going to work harder, and if you’re a young guy looking for somebody to figure it out, how to do it, yeah, look at me and some of these other guys. Because that’s exactly what we’re doing - putting our head down focusing and doubling down on ourselves.”

We're hardly ready to double down on Dallas, No. 14 in the AP Pro32. The Cowboys are 3-point favorites over No. 16 Chicago.

KNOCKOUT POOL: Green Bay imported some snow to New Jersey and did right by us. This time we venture to the Lone Star state for the TEXANS.

Last shot for Raiders to do something special before heading to Sin City.

If Patriots truly are in trouble, they will lose this one.

Don't underestimate Bills, who can stamp themselves as big-timers here.

Seahawks will stamp themselves as big-timers with this victory.

Tough schedule could plummet Niners from unbeaten to sixth seed.

Mike Tomlin is doing some of his best coaching work.

Don't be fooled by Washington's consecutive wins. Packers won't be.

FitzMagic returns to Meadowlands. Wonder if he'll be welcomed.

Eli's coming back? Won't matter, though Eagles are struggling.

Could be trap game for Houston between Patriots and Titans.

Cleveland already fell into trap of overconfidence (and revenge).

Chargers can't get out of their own way, Jags have discord.