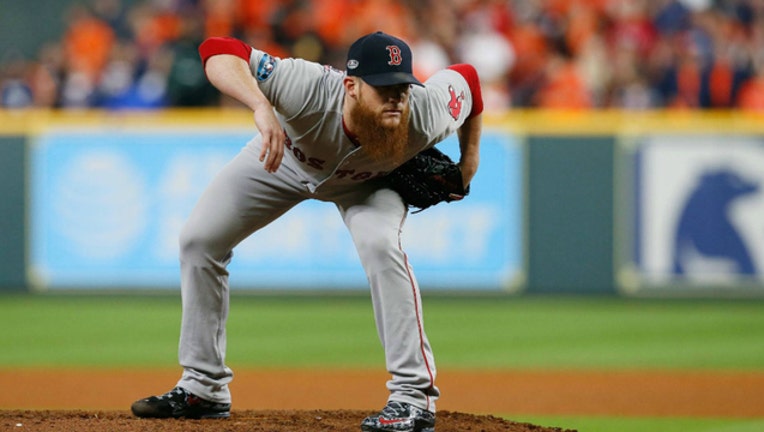 DES MOINES, Iowa (AP) - Craig Kimbrel said Thursday there is no timetable for when he will join the Cubs and he will listen to his body before his expected promotion to beleaguered Chicago bullpen.

Kimbrel, who reached a three-year, $43 million deal with Chicago earlier this month after helping Boston win the World Series in 2018, joined Triple-A Iowa this week.

Kimbrel made his debut Tuesday, throwing eight pitches and touching 96 mph with his fastball. Kimbrel is set to pitch again Friday and possibly Saturday.

"I ready to do it. I also have to listen to myself, listen to my body," Kimbrel said. "This isn't about the next couple of games before the (All-Star) break. It's about after the break and the postseason."

The 31-year-old Kimbrel has been one of the best closers in the game since his rookie year in 2011 with Atlanta, piling up 333 saves and a 1.91 ERA over nine major league seasons. He turned down a $17.9 million qualifying offer from Boston last November after a somewhat shaky performance in the postseason and was without a job for months.

Kimbrel had 42 saves for the Red Sox in 2018, but he also walked 31 batters in just 63 innings. Kimbrel allowed seven earned runs in 10.2 innings in the playoffs.

The market was cold until early May, when teams could sign him without the loss of amateur draft picks or international signing bonus pool allocation. Kimbrel, who was throwing six days a week in Arizona in the offseason, quickly struck a deal with a Cubs team that should be in playoff contention through the life of his contract.

"The ownership, the way they treat the guys. The facilities, the fans and their willingness to win long-term," Kimbrel said about why he chose the Cubs. "It's a long-term goal to do it every single year, and that's mine as well."

The seven-time All Star was not interested in discussing specifics about being out of baseball into well into the season.

"I think right now I'm just focused on getting back out on the field," Kimbrel said. "The conversations or, political or whatever you want to call it, within the game, I think that's a different conversation."