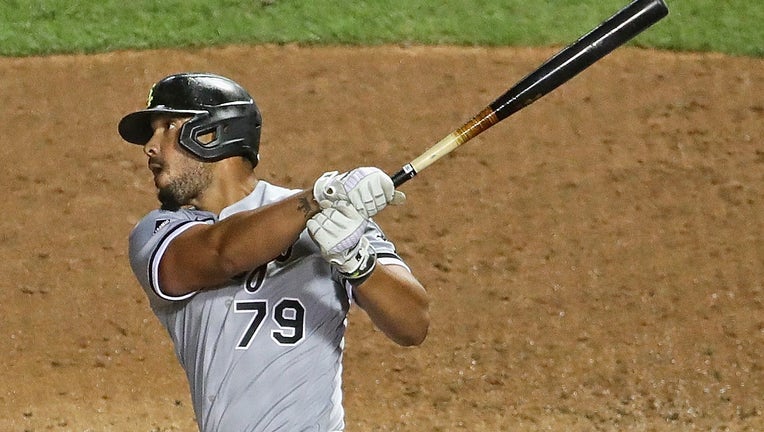 Jose Abreu #79 of the Chicago White Sox hits his second home run of the game, a two run shot in the 8th inning, against the Chicago Cubs at Wrigley Field on August 22, 2020 in Chicago. (Photo by Jonathan Daniel/Getty Images)

Kyle Schwarber hit a two-run homer in the sixth inning as the Cubs won for just the fourth time in their last 11 games.

The NL Central leaders were outscored 17-5 in the first two games of the series.

Jose Abreu went deep for the White Sox in the second, matching a major league record with a home run in four consecutive at-bats.

Abreu connected five times in the first two games against the Cubs, including three homers and four RBIs in Saturday night's 7-4 win.