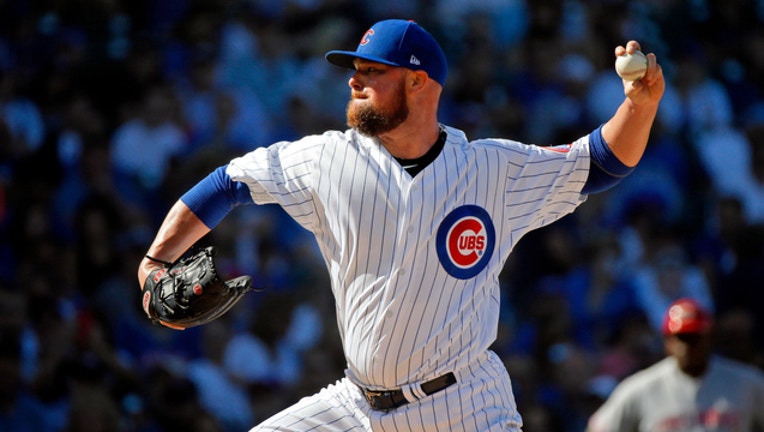 CHICAGO (AP) - The Chicago Cubs say ace left-hander Jon Lester is set to start Thursday against the Los Angeles Dodgers after being sidelined because of a strained left hamstring.

Manager Joe Maddon says the veteran will be limited to about 75-80 pitches in his first outing since April 8, when he was hurt running the bases in the home opener against Pittsburgh. Lester is 1-0 with a 2.57 ERA in three starts.

The Cubs will go with Kyle Hendricks, Yu Darvish and Jose Quintana in the three-game series at Arizona that starts on Friday.