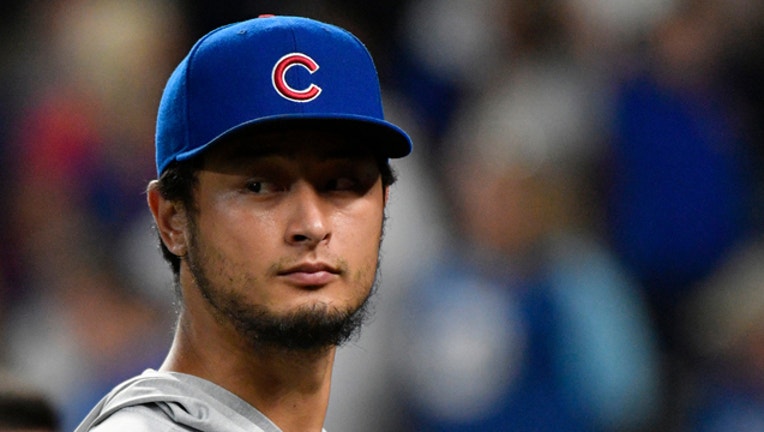 CHICAGO (AP) - The Chicago Cubs have signed veteran left-hander Jorge De La Rosa and transferred righty Yu Darvish to the 60-day disabled list to make room for him on the 40-man roster.

The Cubs also optioned left-hander Randy Rosario to Triple-A Iowa to create a spot for De La Rosa on the active roster on Friday.

A 15-year veteran, De La Rosa has pitched in relief the past two seasons with Arizona after being used more as a starter earlier in his career. He was 0-2 with a 4.63 ERA in 42 appearances this season before the Diamondbacks designated him for assignment last week. De La Rosa has a 104-87 career mark with Milwaukee, Kansas City, Colorado and Arizona.

The Cubs plan to have Darvish throw at least one more simulated game before going on a minor league rehab assignment. Signed to a $126 million, six-year contract in February, he has been sidelined since May 20 because of triceps and elbow injuries.