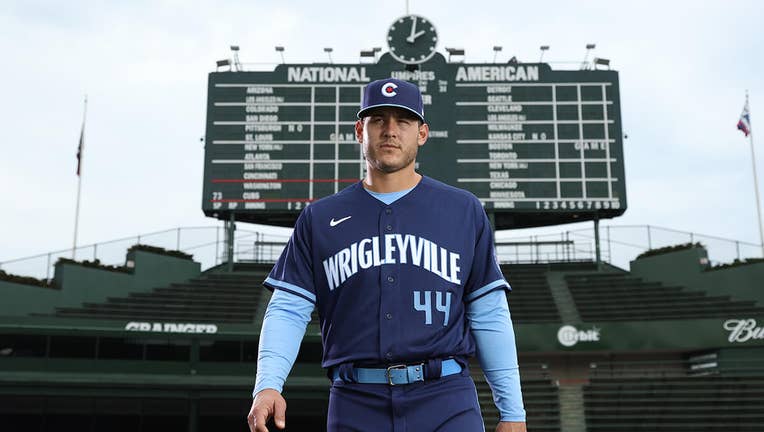 The uniform, from Nike's MLB City Connect Series, pays homage to the ballclub's Wrigleyville roots and is designed to celebrate the relationship between the team and the community.

The team will wear the new uniforms June 12 against the rival St. Louis Cardinals.

"We’re aware of the impact we have not only on the neighborhood surrounding us, but on all of Chicago’s 77 neighborhoods. Cubs fans don’t just reside on the North Side, and the work we do as an organization … isn’t specific to just one neighborhood. Rather than simply unveil a new jersey, we wanted to use City Connect as a platform to unite our diverse city and celebrate those doing good in their neighborhood," the team said in a press release.

The navy uniforms sport "Wrigleyville" in the shape of the ballpark's famous marquee with accents of light blue and red meant to mirror the color scheme of the Chicago flag. 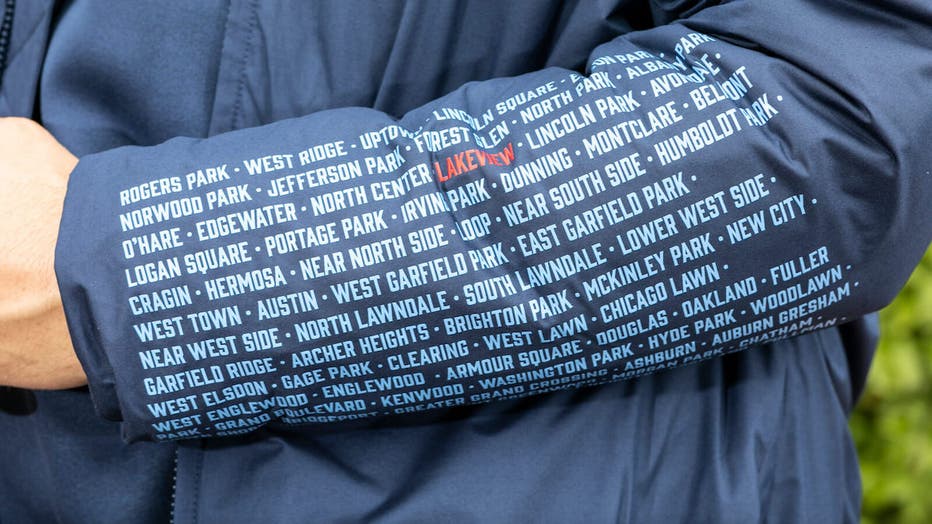 One six-pointed star from the city flag appears in the center of the Cubs logo on the revamped caps.

Fans can purchase the new uniform, which includes authentic and replica jerseys, beginning Tuesday at the Cubs Team Store located at Gallagher Way and on Michigan Avenue. Merchandise is also available at Nike.com/nike-app, mlbshop.com. 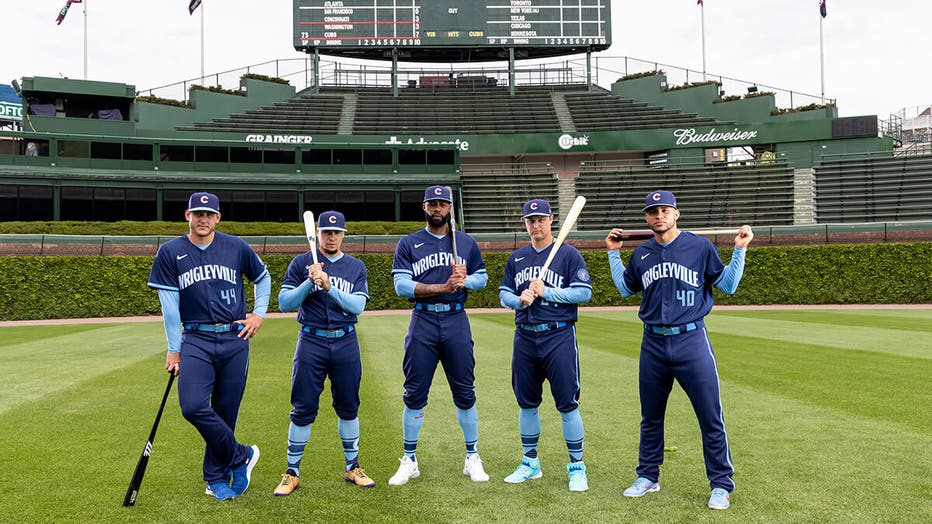