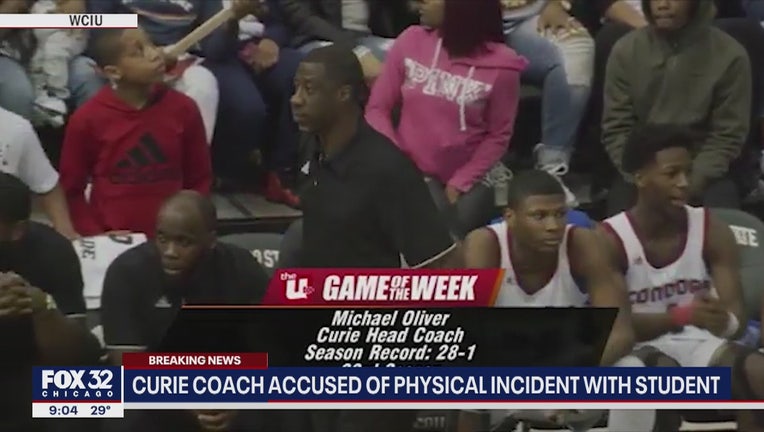 CHICAGO - He has won championship after championship at Curie High School in Chicago. But now, during another winning season, the boys’ basketball coach has been removed.

People are stunned. Those that FOX 32 talked to Wednesday night say he is a great coach and has led the team to some great titles, but students we spoke to off camera say they knew something was going on.

Mike Oliver is the longtime boys’ basketball coach who was removed from his position at the school as a coach and as a security guard. He is accused of having "a physical altercation with a student."

Many unanswered questions remain. When did the alleged incident happen and was it with a player of his or another student?

The coach has been in trouble before. He was suspended in 2014 for allowing seven students to play with GPAs under 2.0. That year the team was stripped of their city championship title.

Since then, Oliver led the team to several city titles and a state title four years ago.