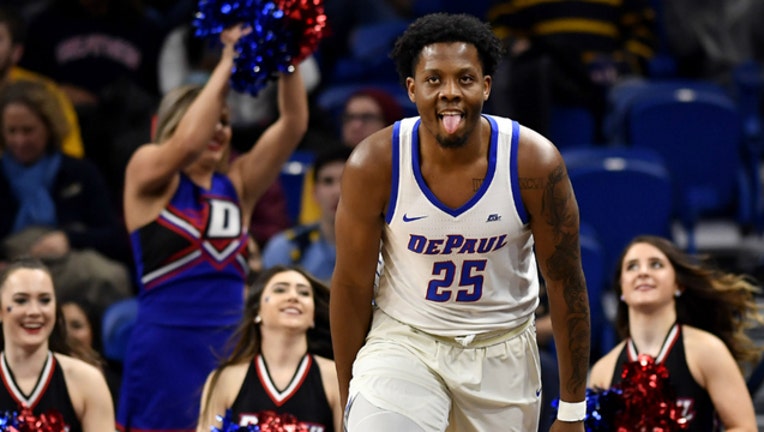 BOTTOM LINE: DePaul and South Florida will take the floor in the opening game of the CBI Championship series. South Florida earned a 56-47 win over Loyola Marymount on Thursday, while DePaul won 92-87 against Coastal Carolina on Wednesday.

SUPER SENIORS: DePaul has relied heavily on its seniors. Max Strus, Paul Reed, Eli Cain, Femi Olujobi and Devin Gage have combined to account for 84 percent of the team's scoring this season and 97 percent of all Blue Demons points over the last five games.

KEY CONTRIBUTIONS: David Collins has either made or assisted on 41 percent of all South Florida field goals over the last five games. Collins has accounted for 25 field goals and 21 assists in those games.

PERFECT WHEN: DePaul is a perfect 5-0 when it holds an opponent to 63 points or fewer. The Blue Demons are 13-15 when opponents score more than 63.

TWO STREAKS: DePaul has dropped its last three road games, scoring 76.3 points and allowing 88 points during those contests. South Florida is on a three-game home winning streak, scoring an average of 68 points while giving up 61.

GETTING DEFENSIVE: The disruptive South Florida defense has forced opponents to turn the ball over on 22.6 percent of all possessions, the 22nd-best rate among Division I teams. DePaul has a forced-turnover percentage of only 17.5 percent through 33 games (ranking the Blue Demons 265th).

This was generated by Automated Insights, http://www.automatedinsights.com/ap, using data from STATS LLC, https://www.stats.com