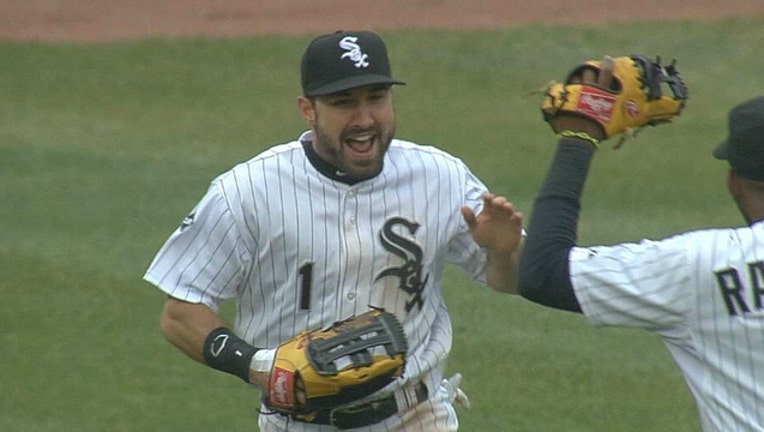 While host Chris Rock was making his opening monologue Sunday night, Eaton tweeted why "does it always have to be about black and white? #American"

Rock's comments referred to the lack of black nominees at the Oscars, and Eaton said his intention was to discuss equality. Some Twitter followers — Eaton has nearly 35,000 — took offense to a statement they felt was vague.

"I feel terrible," Eaton said. "I mean no harm and I apologize. I should not have even gone into that realm.

"In my baseball world, we have equality. Everybody in this room I respect and love, and everybody has an opportunity."

Eaton said he is re-evaluating his dealings with social media.

"I want to have a connection with people and I may step back for a little bit," he said.