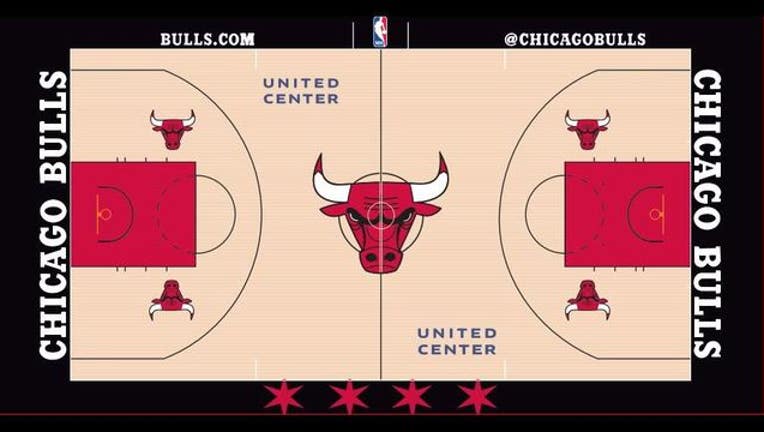 The new court features a larger version of the Bulls' iconic logo at the center of the court. The basketball image has been removed from behind the logo. The lettering at the ends of the court has been changed to the font used in the official team logo.

Additionally, the lines on the court have been changed from red and white to all black and four stars from the Chicago flag have been added to the south end of the court.

The new court will officially be unveiled on October 6, when the team takes on the Milwaukee Bucks in their first pre-season game of the season.