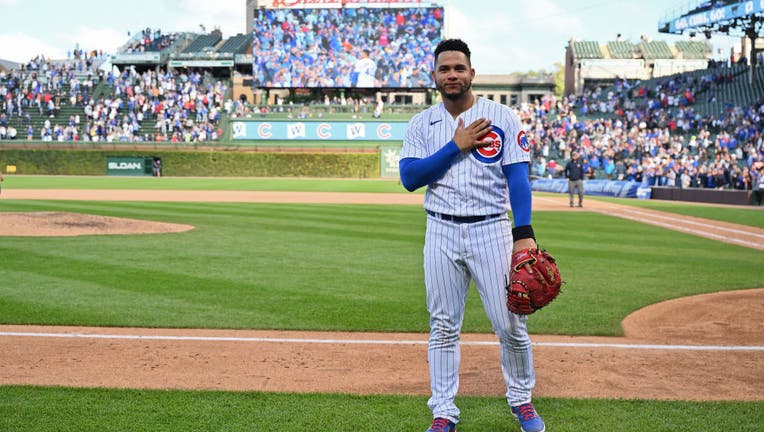 CHICAGO, IL - OCTOBER 2: Willson Contreras #40 of the Chicago Cubs acknowledges the applause from the crowd after a game against the Cincinnati Reds at Wrigley Field on October 2, 2022 in Chicago, Illinois. (Photo by Jamie Sabau/Getty Images)

The club has not yet confirmed the deal.