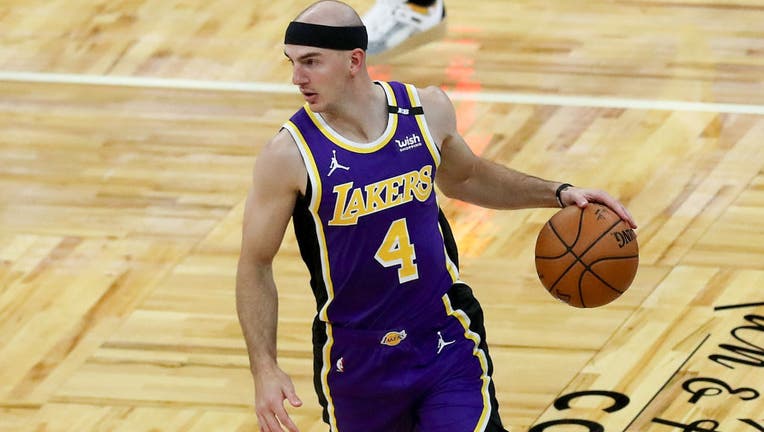 ORLANDO, FL - APRIL 26: Alex Caruso #4 of the Los Angeles Lakers controls the ball against the Orlando Magic at Amway Center on April 26, 2021 in Orlando, Florida. NOTE TO USER: User expressly acknowledges and agrees that, by downloading and or using

According to ESPN's Adrian Wojnarowski, former Los Angeles Lakers guard Alex Caruso has agreed to a 4-year, $37 million deal with the Chicago Bulls.

Caruso, who turns 28 next February, was a member of the 2020 Lakers team that captured the franchise's 17th NBA championship. The fans remember Caruso – known by some on social media as "Carushow" or the "Bald Mamba" – for his tough defense and tenacity in the backcourt.

Caruso joins former Laker teammate and Chino Hills' own Lonzo Ball, who also ended up in Chicago earlier in the day.

Neither the Los Angeles Lakers nor the Chicago Bulls formally announced the moves Monday evening.