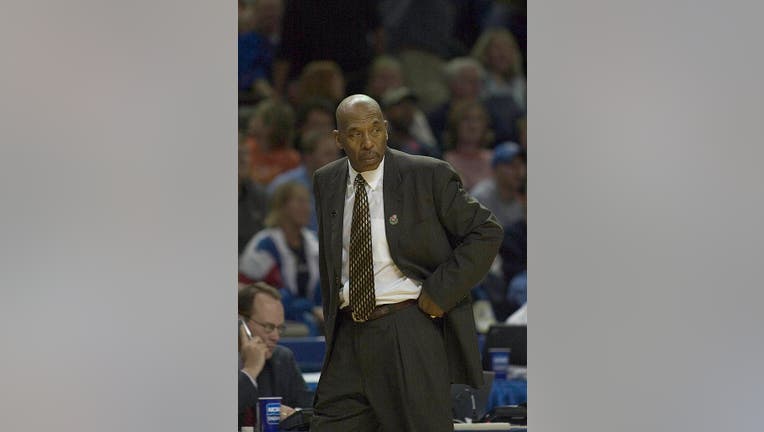 19 March 2004: Head coach Jimmy Collins of the Chicago Illinois Flames during the Flames 78-53 loss to the Kansas Jayhawks in the first round of the NCAA Tournament at Kemper Arena in Kansas City, MO. (Photo by Albert Dickson/Sporting News via Getty

CHICAGO - Jimmy Collins, who coached Illinois-Chicago to the NCAA tournament three times in 14 seasons, died Sunday morning, the school announced. He was 74.

Collins played for Lou Henson at New Mexico State from 1967-70. He helped the Aggies reach the Final Four in his last season and was drafted 11th overall by the Chicago Bulls.

Collins spent 13 seasons as an assistant under Henson at Illinois and was one of the main architects of the 1988-89 “Flyin’ Illini” squad that won 31 games and reached the Final Four. He also recruited Deon Thomas, Illinois’ career scoring leader and a former UIC assistant.

Collins is survived by his wife Hettie and children Erica, Kenny, Semaj and Brandi.