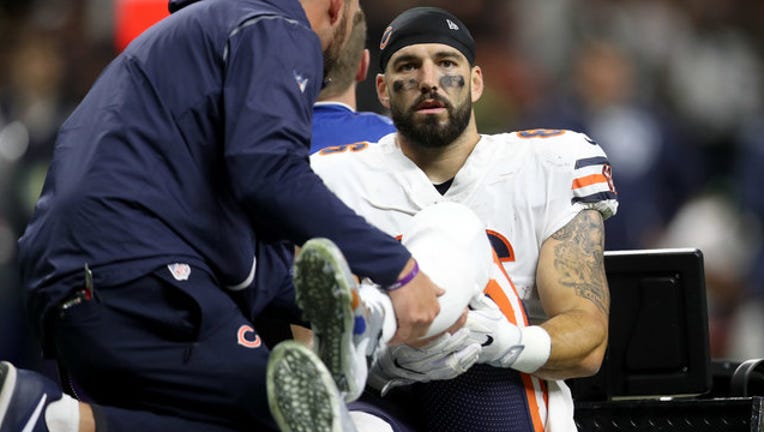 Miller remains hospitalized in New Orleans after tearing an artery while dislocating his knee trying to make a touchdown catch in Sunday's loss to the Saints. He likely tore ligaments, though the more immediate issue is the vessel.

Blood clotting is a concern. So is nerve damage, though Fox wasn't sure if there was any. He says he "didn't hear much other than" about the artery, which was a "big concern." He says they "addressed it, and like I said, he's progressing well."