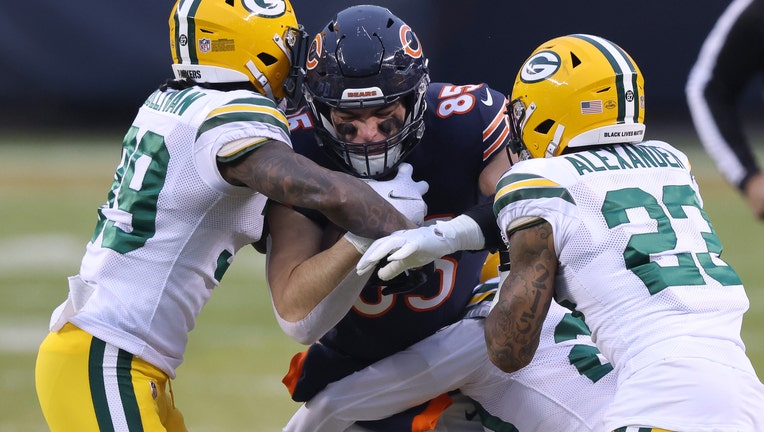 CHICAGO - The Green Bay Packers beat the Chicago Bears on Sunday at Soldier Field, but the Bears are still going to the playoffs.

The Bears clinched a playoff spot because the Los Angeles Rams beat the Arizona Cardinals. They will play the New Orleans Saints on Sunday, January 10, with kickoff scheduled for 3:40 p.m. CT.

The outcome was better news for the Packers. Aaron Rodgers threw for four touchdowns and broke his franchise record for scoring passes in a season.

The Packers clinched the No. 1 seed in the NFC and earned a bye.

This was the 19th time in 22 games the Packers have beaten the Bears.