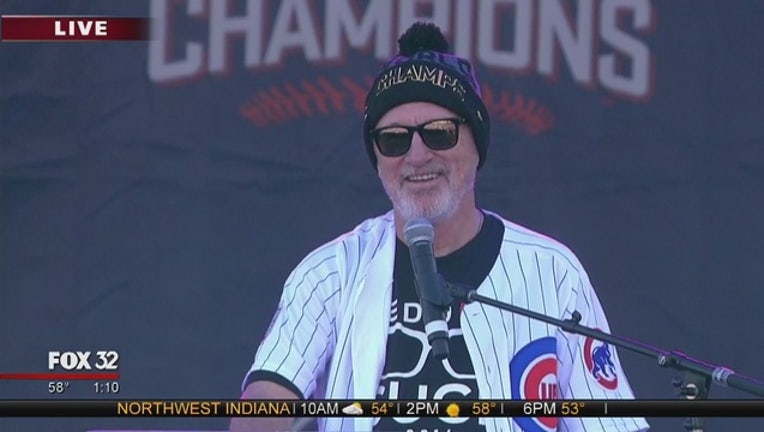 NEW YORK (AP) — Long before they were honored for guiding teams with depleted rosters to first-place finishes, Dave Roberts and Terry Francona were forever linked.

Fans in Boston and beyond will always remember that signature stolen base.

It was Roberts' daring swipe as a pinch-runner in the bottom of the ninth inning that helped the Red Sox — managed by Francona — rally from the brink of being swept in the 2004 AL Championship Series and sped them toward ending their 86-year World Series curse.

Francona went on to win two titles with Boston, and on Tuesday he earned his second AL Manager of the Year award with Cleveland.

But what if Roberts had been thrown out, could that have altered a path that might someday land Francona in the Hall of Fame?

"The truth of it is, it probably would've been completely different," Francona said on a conference call.

"There's always a Dave Roberts-being-out from being the other way," he said.

The 44-year-old Roberts won the NL Manager of the Year honor in his first season as a skipper, leading the Los Angeles Dodgers to the NL West crown.

Roberts and Francona each won handily. The voting figures to be much closer Wednesday for the Cy Young awards.

Boston's Rick Porcello (majors-leading 22 wins), Detroit's Justin Verlander (league-high 254 strikeouts, best wins above replacement for pitchers by baseballreference.com) and Cleveland's Corey Kluber (second among pitchers in WAR) are up for the AL prize.

Roberts didn't bat in the 2004 postseason and didn't even play in the World Series sweep over St. Louis. But to just "play a small part" in his only season in Boston was rewarding, and he still retains lessons taught by Francona.

Being unselfish and playing "for the right reasons ... the game honors you," he said.

Known for that one slide into second base, Roberts certainly had to scramble this season.

The Dodgers put 28 different players on the disabled list, more than any team in the last 30 years. An injury to ace Clayton Kershaw was among the reasons they employed a franchise record-tying 55 players, including 31 pitchers.

Among the Dodgers who managed to stay healthy: shortstop Corey Seager, chosen NL Rookie of the Year on Monday.

Roberts said he was particularly proud of "the way our guys battled adversity all year."

Roberts made a record 606 pitching changes while going 91-71. Twice, he pulled pitchers in the late innings when they were throwing no-hitters, trying to protect their arms from overuse.

In the postseason, Roberts took a creative approach to his bullpen. He used Kershaw against Washington in the deciding Game 5 of the Division Series, then brought in closer Kenley Jansen early while taking a 2-1 lead over the Cubs in the NLCS.

Members of the Baseball Writers' Association of America voted at the end of the regular season.

Washington's Dusty Baker was third and got four firsts. Terry Collins of the New York Mets had the other two firsts.

Roberts was the lone NL manager chosen on every ballot. This marked the third straight year a first-time manager has been honored, following Texas' Jeff Banister and Washington's Matt Williams.

The 57-year-old Francona guided the Indians to the AL Central title at 94-67. They overtook the defending champion Royals and high-spending Tigers despite losing starters Danny Salazar and Carlos Carrasco, All-Star outfielder Michael Brantley and catcher Yan Gomes to injuries and outfielders Marlon Byrd and Abraham Almonte to drug suspensions.

Cleveland came close to winning its first World Series title since 1948, but the Cubs rallied from a 3-1 deficit.

"It was an unbelievably satisfying year," Francona said.

It's already been a busy offseason for him, too. The Indians picked up options for his contract in 2019 and 2020, then he had a right hip replacement operation.

Francona drew 22 first-place votes and was the only manager chosen on all 30 ballots.

Banister was second and got four firsts. Baltimore's Buck Showalter, who was third, and Boston's John Farrell both drew a pair of firsts.