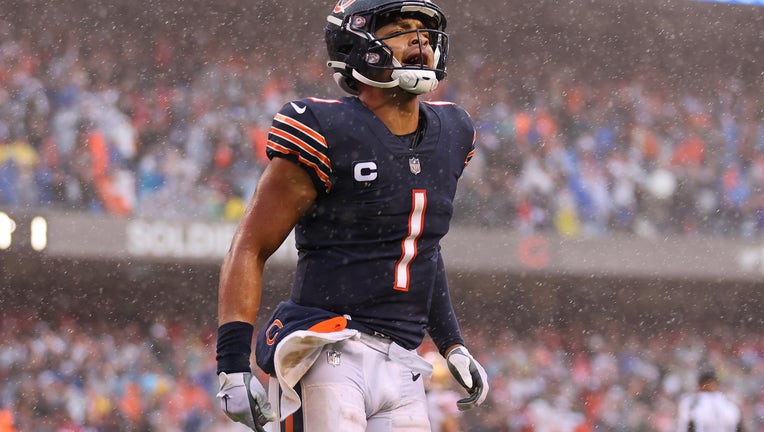 CHICAGO - Justin Fields threw for two second-half touchdowns, Eddie Jackson set up a TD with an interception and the Chicago Bears gave Matt Eberflus a win in his head coaching debut, beating the San Francisco 49ers 19-10 on a rain-soaked afternoon.

Fields shook off a rough first half, throwing a 51-yard TD to Dante Pettis in the third quarter and connecting with Equanimeous St. Brown for an 18-yarder early in the fourth to put Chicago on top 13-10. 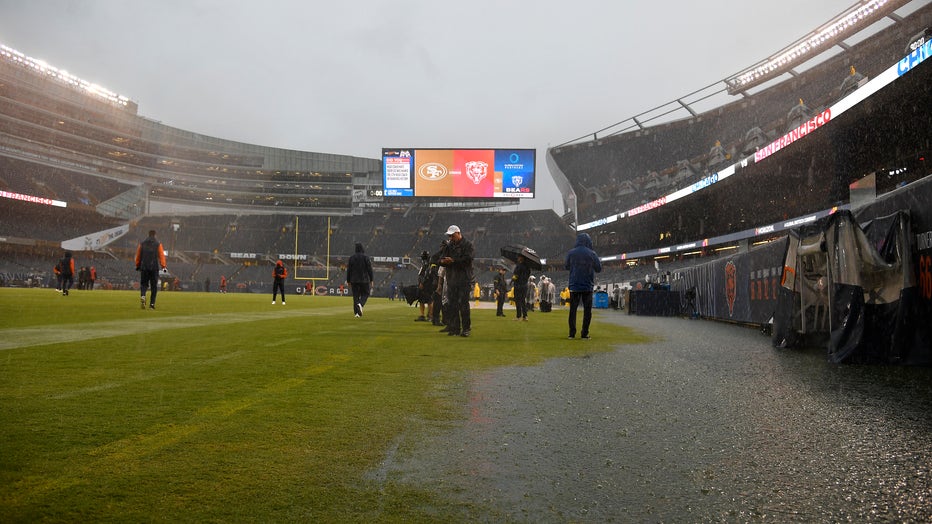 CHICAGO, ILLINOIS - SEPTEMBER 11: A general view of the field prior to the game between the San Francisco 49ers and the Chicago Bears at Soldier Field on September 11, 2022 in Chicago, Illinois. (Photo by Quinn Harris/Getty Images)

Jackson then picked off Trey Lance near midfield for his first interception since 2019 and returned the ball to the 21. That led to a 6-yard touchdown run by Khalil Herbert, making it 19-10.