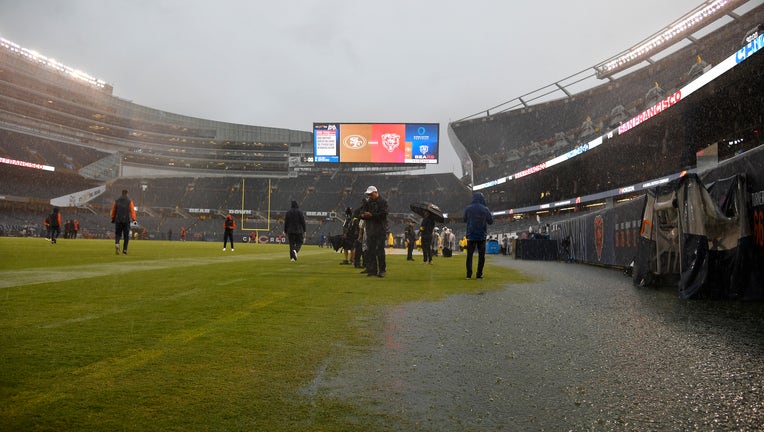 CHICAGO, ILLINOIS - SEPTEMBER 11: A general view of the field prior to the game between the San Francisco 49ers and the Chicago Bears at Soldier Field on September 11, 2022 in Chicago, Illinois. (Photo by Quinn Harris/Getty Images)

CHICAGO - The Chicago Bears were hung out to dry by their own towel during their season opener against the San Francisco 49ers.

Trenton Gill was whistled for unsportsmanlike conduct after the rookie holder used a towel to dry off a small area of the field ahead of a potential field goal try late in the second quarter.

It rained for much of the morning in Chicago, soaking Soldier Field. There were splashes of water almost every time a player went to the turf.