CALABASAS, Calif. - NBA legend Kobe Bryant was killed in a helicopter crash in Calabasas, California on Sunday morning, along with eight others. Bryant was 41 years old. His 13-year-old daughter, Gianna, was also killed in the crash.

TMZ Sports reported Kobe was traveling in his private helicopter when it crashed in Calabasas. TMZ said Kobe's wife, Vanessa, was not among those on board. However, FOX Sports learned his 13-year-old daughter, Gianna, was on the helicopter with him and eight other people. John Altobelli, former head coach of the Brewster Whitecaps baseball team and current head coach of the Orange Coast College baseball team, and his wife and daughter were among those killed in the crash, according to a post from the team's Twitter account. 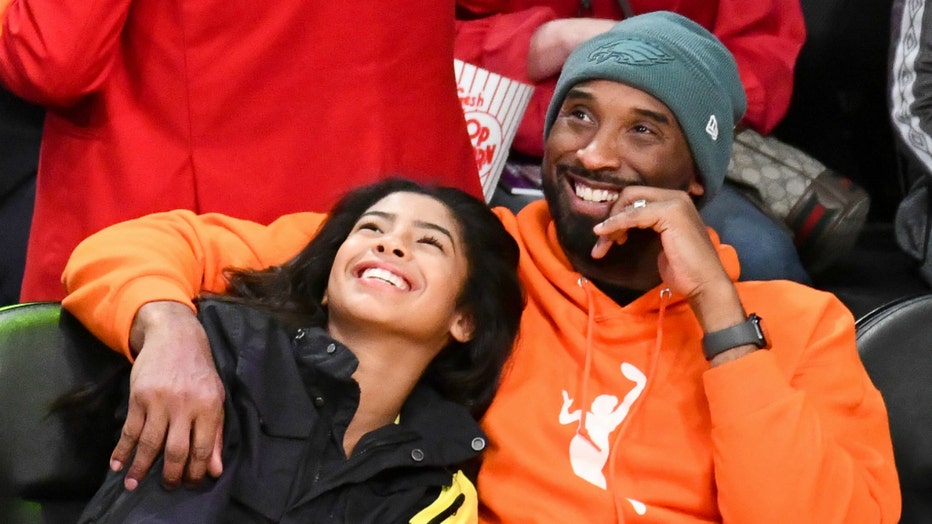 Orange Coast College, located in Costa Mesa, also issued a statement confirming the deaths of Altobelli, his wife and daughter on Sunday evening.

During a press conference in Los Angeles, officials said the helicopter crashed around 9:45 a.m. PT. Firefighters arrived and found a brush fire had ignited as a result of the crash. Firefighters battled the fire from the ground while others were dropped from a helicopter to look for survivors, but none were found.

Despite the confirmation from the NBA, the city of Los Angeles, and the National Basketball Players Association confirming Kobe Bryant's death, Los Angeles County Sheriff Alex Villanueva would not identify any of the victims of the crash.

In a second news conference Sunday night, Villanueva said authorities are dealing with a “logistical nightmare, in a sense,” because of the remote location of the crash, which makes it difficult to access. He also indicated that mourners who have come to the scene are making the process more difficult, and reminded the public that they should not be in the area around the crash site.

Due to the terrain and location of the crash site, authorities said the recovery effort will likely take several days, which will be followed by identification.

The Federal Aviation Administration (FAA) told Fox News the Sikorsky S-76 helicopter crashed under "unknown circumstances."  Villanueva said at the Sunday night news conference that there was fog in the area at the time of the crash, causing visibility issues and a low cloud ceiling.

The sheriff said the National Transportation Safety Board (NTSB) was en route and would have more details as the investigation continues.

"Reports are that basketball great Kobe Bryant and three others have been killed in a helicopter crash in California. That is terrible news," Trump tweeted.

Former President Barack Obama also issued a statement, calling Kobe a legend on the court and was only scratching the surface on what he can do off the court.

"We are stunned and devastated by the news of the sudden passing of Kobe Bryant. Words cannot express his impact on our Players, the NBA and the game of basketball. This is a monumental loss for the entire basketball community and our hearts are quite simply broken. We send love and prayers out to his wife Vanessa and the entire family."

Dallas Mavericks owner Mark Cuban announced the team would retire the No. 24 in Bryant's honor.

“We are shocked and saddened by the devastating news of the passing of Kobe Bryant and his daughter, Gianna. Kobe was an ambassador for our game, a decorated legend and a global icon. Above all, he was a loving and dedicated father," Mavs owner Mark Cuban said in a statement. “Our hearts go out to all the lives lost and the families impacted by this terrible tragedy. We send our thoughts and prayers to Vanessa and the family, the Lakers organization and Kobe Bryant fans everywhere.”

Fans gathered at the Staples Center in Los Angeles, which is the home of the Lakers, to pay their respects to Bryant. Many brought flowers, and a makeshift memorial was formed.

Originally from Philadelphia, Kobe was drafted straight out of high school by the Charlotte Hornets with the 13th overall pick in the first round of the 1996 draft. The Hornets traded him to the Lakers, where he played until he retired in 2016.

In the 20 years in the NBA, he won 5 NBA Finals including being named Finals MVP twice. He also was voted to the All-Star Team 18 times and scored 81 points in one game against the Toronto Raptors in 2006. That was the second-highest point total in NBA history behind only Wilt Chamberlain's 100 points.

Kobe also won two Gold Medals in the Olympics, in 2008 and 2012. After he retired in 2016, the Lakers retired both number 8, the jersey he wore for the first ten years of his career, and 24, the number he wore for the final ten years. He's the only Laker to have two numbers retired.

TMZ reports that Kobe often used a helicopter to travel and when he played for the Lakers, he would fly from his home in Newport Beach, Calif., to the STAPLES Center in Los Angeles in a helicopter.

Kobe and Gianna are survived by his wife Vanessa, and their three other daughters -- Natalia and Bianca and their newborn Capri. 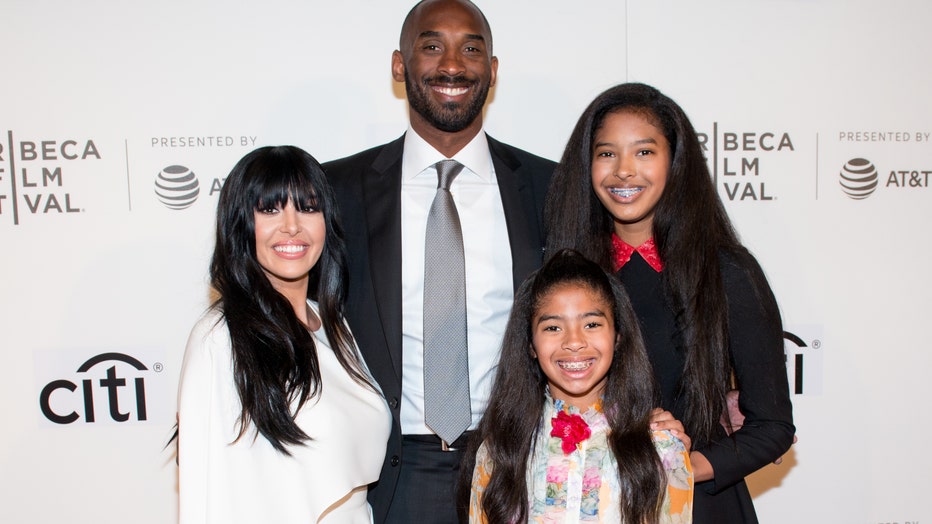 Bryant had one of the greatest careers in recent NBA history and became one of the game’s most popular players as the face of the 16-time NBA champion Lakers franchise. He was the league MVP in 2008 and a two-time NBA scoring champion, and he earned 12 selections to the NBA’s All-Defensive teams.

Bryant retired in 2016 after scoring 60 points in his final NBA game.

Bryant looms large over the current generation of NBA players. After James passed Bryant on Saturday, he remembered listening to Bryant when the superstar came to speak at a childhood basketball camp.

“I remember one thing he said: If you want to be great at it, or want to be one of the greats, you’ve got to put the work in,” James said. “There’s no substitution for work.”

This story was written in Chicago, Illinois.