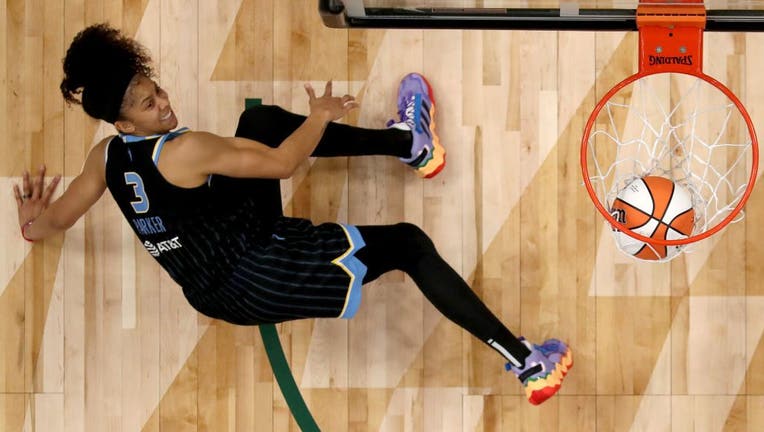 Candace Parker #3 of the Chicago Sky watches her basket against the Seattle Storm during the second half at Climate Pledge Arena on May 18, 2022 in Seattle, Washington. (Photo by Steph Chambers/Getty Images)

Magbegor added six rebounds and four assists, and Stewart had four steals for the Storm (2-3).

Seattle led 74-62 after Gabby Williams’ 3-pointer with 2:28 remaining. Candace Parker scored the final seven points in a 9-0 Chicago run to close out the game.

The Sky (2-2) had the ball with 9.1 seconds left, but Allie Quigley misfired on a 22-footer on the game’s final shot.