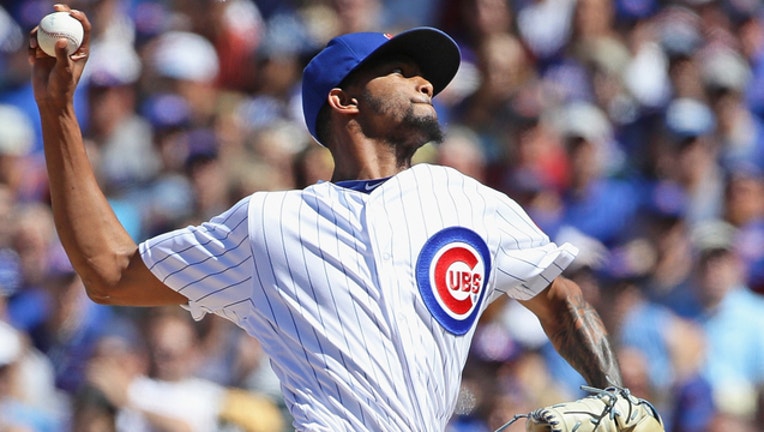 Edwards was optioned to Triple-A Iowa after he had trouble with his motion and got off to a tough start this season. Lee Long, Edwards' agent, said the messages came from a couple different people.

"I've known CJ for a long time and while he has mentioned being upset at social-media attacks in the past, the recent incidents are completely beyond normal fan frustration," Long said Tuesday in a statement. "No player should be expected to bear such personal attacks especially based on the color of their skin."

Theo Epstein, the president of baseball operations for the Cubs, condemned the content of the messages and said the club supports MLB's investigation, which was first reported by The Athletic.

"In a sport that celebrates diversity and unites people from all backgrounds, we are appalled anyone claiming to be a fan would send divisive and bigoted insults to a player," Epstein said in a statement. "Whether spoken, posted or published, this type of reprehensible language and views cannot be tolerated in our game or society."

The 27-year-old Edwards, who is black, declined comment through a spokeswoman for the Iowa Cubs.

"It doesn't surprise me, but then on top of that you have to really understand that whomever this came from, I really believe it's a vocal minority," Chicago Cubs manager Joe Maddon said before their game in Miami.

"I don't believe it's anything to get too worked up about. It would be wonderful to be able to find out exactly who it was and then confront those people head-on. But I think it's a just product of social media, people looking for acceptance, likes."