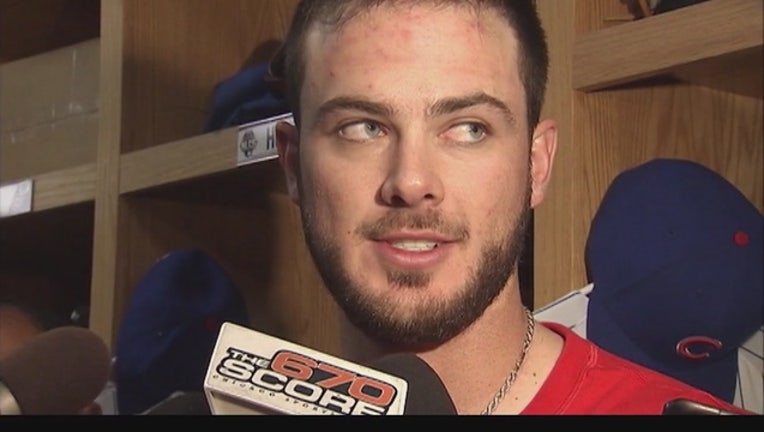 CHICAGO (AP) - An MRI has confirmed that Kris Bryant of the Chicago Cubs has a minor right ankle sprain.

The 2015 NL Rookie of the Year wasn't in the lineup Friday against the Atlanta Braves, but manager Joe Maddon said he might be available off the bench late in the game.

Bryant was injured running the bases in the third inning Thursday of Chicago's 7-2 victory over the Milwaukee Brewers. He was replaced in left field two innings later.

The Cubs avoided putting another starter on the disabled list. Catcher Miguel Montero was placed on the 15-day DL on Thursday with a sore back. Chicago lost slugger Kyle Schwarber for the season when he tore two knee ligaments three weeks ago in Arizona.