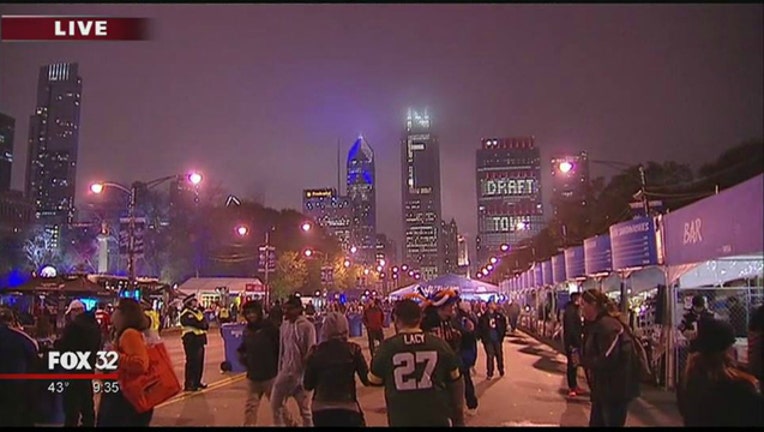 Chicago Police said 17 protesters, all women, were arrested in connection with the protests, organized by activist groups Black Lives Matter and Assata’s Daughters. The women, who had wrapped themselves in chains before striding across Lake Shore Drive around noon, as the NFL Draft festivities hosted by the city were underway in Grant Park

The groups called for the groups to fire Chicago Police Officer Dante Servin, who fatally shot 22-year-old Rekia Boyd in 2012, but saw murder charges against him dropped by a Cook County judge last year. Servin has remained on the force, though former Police Superintendent Garry McCarthy moved to fire him in December, amid a wave of protests that began after the city released video of another officer gunning down 17-year-old Laquan McDonald with a barrage of 16 shots.

Friday, Chicago State announced more than 300 non-faculty positions were being cut a the South Side university because of funding shortfalls wrought by the state’s ongoing budget crisis. In a statement, the protesters complained that hosting the Draft Town and other NFL-related activities this week costs the city millions.

“Decision makers at the local and state levels have made it clear where their financial priorities lie,” the protest groups said in a statement. “We continue to receive cuts to the institutions that keep black women safe— institutions that continue to be replaced by terrorist cops who brutalize and murder Black women without penalty.”