MOUNT PLEASANT, Mich. - Rocky Lombardi threw for 320 yards and three touchdowns and freshman Kanon Woodill kicked the go-ahead field goal with under a minute to go in his first collegiate action to give Northern Illinois a 39-38 victory over Central Michigan on Saturday.

Trayvon Rudolph kept the Huskies’ final drive alive with a 7-yard gain off a reverse on fourth-and-1 at the 50. Jay Ducker followed with a 26-yard run and four plays later Woodill kicked a 26-yard field goal with 56 seconds left.

CMU reached the Huskies’ 22 with five seconds left and lined up for a field-goal attempt that ended with a low snap.

NIU (6-2, 4-0) won its fifth straight to remain the only Mid-American team without a loss in conference play.

Trailing 35-18 in the third quarter, Lombardi and Rudolph connected on a 75-yard pass play that began the Huskies’ rally. They had a 36-35 lead after Clint Ratkovich’s 1-yard run in the fourth quarter before Marshall Meeder gave the Chippewas their last lead on a 38-yard field goal with six minutes remaining. 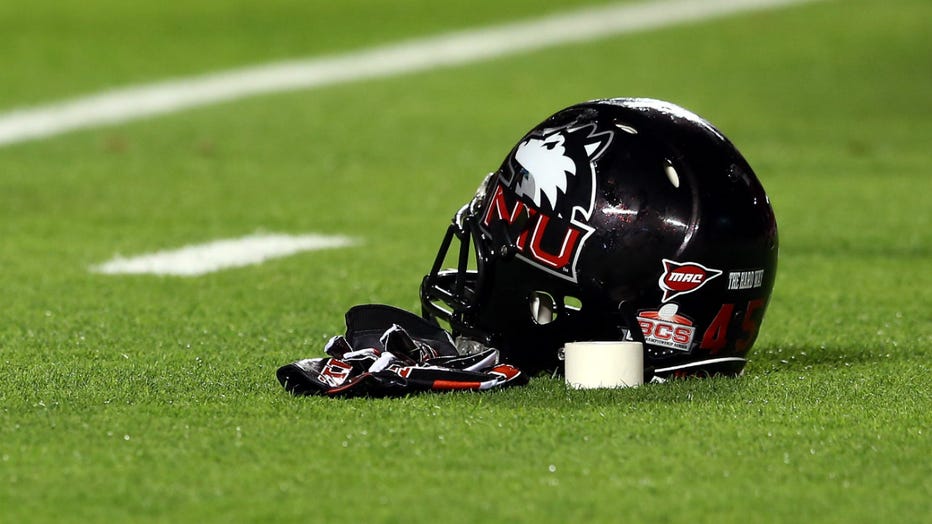 Ducker finished with 183 yards on 31 carries while Rudolph had 160 yards receiving and two scores and Tyrice Richie 147 and a touchdown for NIU.

The teams combined for 1,020 yards of offense.