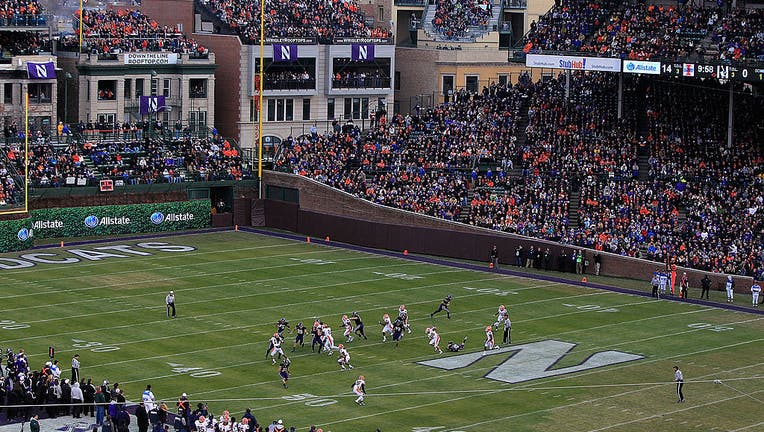 A general view as the Northwestern Wildcats take on the Illinois Fighting Illini during a game played at Wrigley Field on November 20, 2010 in Chicago (Photo by Jonathan Daniel/Getty Images)

CHICAGO - Northwestern is scheduled to play again at Wrigley Field, this time against Purdue on Nov. 20 after last year’s game against Wisconsin got moved from the Friendly Confines because of the COVID-19 pandemic.

The game against the Boilermakers would be the Wildcats’ first at Wrigley since they met Illinois on the same date in 2010. That was the first college football game there since 1938.

Northwestern was scheduled to play Wisconsin at the famed ballpark last November. The two teams wound up meeting at Ryan Field, the Wildcats’ home, instead.

"Our program is thrilled to bring Big Ten football back to one of the most iconic venues in sports," coach Pat Fitzgerald said Tuesday. "This will be an incredible opportunity for our student-athletes and staff, and an unforgettable day for our University community."

The Wildcats won the Big Ten West for the second time in three years last season and beat Auburn in the Citrus Bowl to finish 7-2. Purdue went 2-4.