FINDLAY, Ohio - Sinking a half-court shot is difficult enough, but draining one with your back to the basket is next-level stuff.

And on Feb. 4, that’s exactly what Liberty-Benton Middle School custodian Joe Orians did.

Orians casually walked across the hardwood, dribbling as he approached a bag of trash near the half-court line.

Without taking time to position himself, Orians stopped on the school logo, dipped the ball to his knees and hurled it over his head toward the basket behind him.

"Nothing but net," Principal Kyle Leatherman said when he posted security footage of the shot to his Twitter page.

Leatherman said Orians told him about the shot, but he wouldn’t believe it until he saw it for himself.

Leatherman checked the camera and to his delight, Orians nailed it. 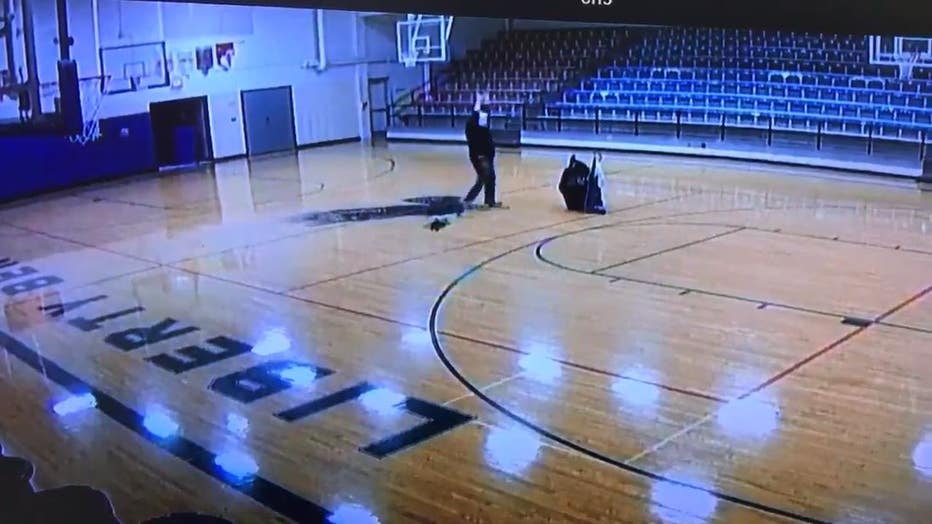 A security camera caught a middle school custodian making a backward half-court shot in an empty gymnasium on Thursday morning, February 4, before students and staff arrived for the day. (Credit: Principal Kyle Leatherman via Storyful)

"I asked him why a half-court shot," Leatherman told Storyful. "His response: ‘I had just as good of a chance to make the half-court shot as a layup. I’m not very good.’"

Had this occurred in an organized game, Orians’ shot is the type of highlight that gets replayed for years to come.

Although nobody witnessed his feat in person, the video Leatherman posted has been viewed more than 200,000 times.