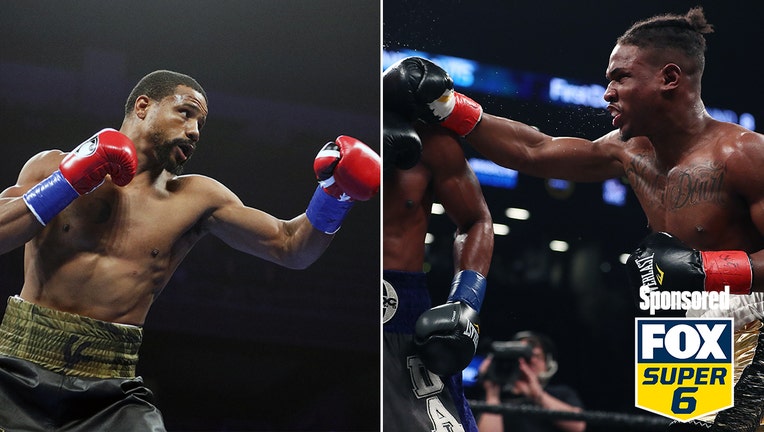 For Anthony Dirrell and Kyrone Davis, Saturday night will be all right for fighting.

For you, the WBC Super Middleweight World Title eliminator fight will be another chance to make money while watching the Premier Boxing Champions on FOX (Saturday, 7 p.m.) by playing the FOX Super 6 and winning the $1,000 jackpot.

The 12-round bout between two premier fighters tops a card that will highlight some of boxing’s best talent.

To play, all you have to do is download the FOX Super 6 app on your phone or mobile device and answer the six questions for Saturday night’s fight card. Then watch the action to see if you win.

Here are the six questions that you will have to answer:

What will be the outcome of the Jesus Alejandro Ramos vs. Jesus Bojorquez fight?

Ramos is considered one of the rising stars in the welterweight division as the 19-year old has a 14-0 record with 13 knockouts.

Borjorquez, 33, is 24-2 with 18 knockouts. How Bojorquez handles the southpaw could go a long way to determining this fight.

How many rounds will the Ramos vs. Bojorquez fight go?

Ramos’ last four fights have ended in six rounds or less. In fact, his first nine fights as a professional didn’t last past the second round.

Bojorquez has only been knocked out once in his career, and his last four fights have been decided by knockouts or TKO’s in the fourth round or less.

What round will the first knockdown occur in the Dirrell vs. Davis fight?

Dirrell has knockouts in 67 percent of his fights in his 33-2-1 record. However, it’s been three years since he had a knockdown.

Davis is not known as a knockout artist with only six in his 17 fights.

How many rounds will the Dirrell vs. Davis fight go?

The earliest that one of Dirrell’s fights has ended since 2017 was the 6th round.

Which boxer will have more punches landed by the end of the fight?

Davis has the reputation of being the more active fighter, willing to bob and weave to land a ton of punches.

It will be up to Direll to try to land heavier blows to make up the difference.

What will be the outcome of the Dirrell vs. Davis Fight?

Still, this has a chance to be a very entertaining and interesting night of boxing with an upset very possible.