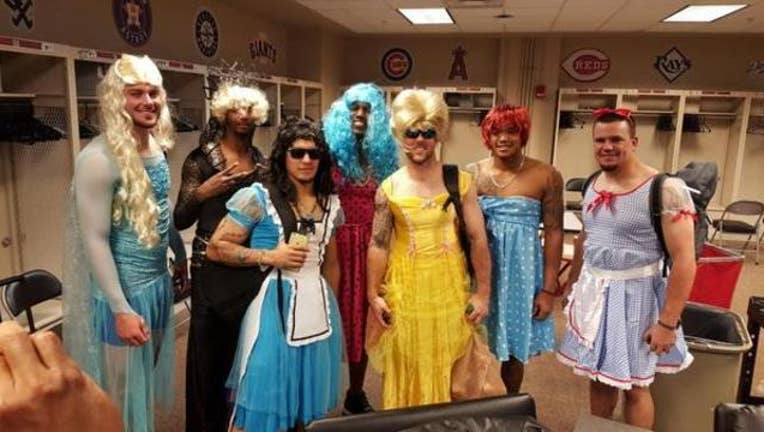 CHICAGO (FOX 32 News) - The Chicago Cubs kept alive their slim hopes for home-field advantage in the wild-card game with a 5-3 victory over the Cincinnati Reds on Thursday.

After the game, the excitement continued off the field when the Chicago Cubs rookies took part in a little hazing event following the team's win.

The team's rookies were forced to dress up as Disney princesses! Some members of the team posted photos of the hilarious dress up party on Twitter. Scroll to the bottom of this story to see the photos!

These boys may be baseball royalty for now, but they sure do make some funny looking princesses!